For this coming year I have one modest little homebrewing goal… To become New Zealand’s champion homebrewer. Piece of cake right? We shall see. At any rate, my goal is to brew a batch of at least one recognized BJCP style every two weeks at a minimum until October(ish) of 2016, when it will be time to package things up and send my brews off to SOBA’s National Homebrew Competition (New Zealand’s big one). In the process I thought I’d document my recipes, process, and tasting notes and post everything here on the site.

In many respects cider couldn’t be simpler; add juice, pitch yeast: done. That said, the quality of your juice is critical, as is a good fermentation. Cider made with the wrong varieties of apples is often lack luster, and one’s choice of yeast will dramatically effect the quality and style of the cider. For example, a wine yeast will typically eat through all residual sugars and (depending on the strain) strip out a lot of apple flavour. This often leaves one with something more akin to a dry white wine than what we think of as cider. Conversely, an ale strain will leave more sugars behind but can have a variety of impacts on flavour (depending on the strain), some good, and some not so good. And then of course there are choices to be made regarding back sweetening and carbonation, all of which can vary and still be within style.

Not having the time to sit around juicing several KGs of apples I thought I’d simply head to the store and buy the best quality apple juice I could find. I decided not to overthink this one. I’m skipping the pectic enzyme and nutrients (largely because I didn’t have any on hand) and we’ll see where I land with store bought juice as a starting off point. I can always correct things with future batches.

My plan is to ferment 6 liters of juice in a 11.5 gallon carboy and rack off to a secondary 5 liter demijohn for aging.

November 22nd: This was one of the oddest fermentations I have ever experienced. Within 24 hours a krausen had formed, the following day it was gone but a spritzy bubbling could be seen on the top of the juice, almost like a freshly poured soda. Concerned by the Krausen dropping I took a gravity reading. Gravity was down to 1.035, so at least something was happening. We shall see.

December 3rd: I can still see the same spritzy bubbles on top of the juice and everything is still very cloudy. I took a gravity reading and it was down to 1.002. Nice! Sample was pretty decent for such a green cider. There is still a nice apple flavour and aroma and it didn’t have that bone-dry, white wine taste that I’m not a fan of in a cider. There are more tannins and acid present than I was expecting from store bought juice (in a good way). There is a musty amaretto note to the aroma that I expect will age out. I think the US-04 has done a nice job of producing fruity esters and preserving the apple quality. This cider is still extremely green but my hopes are high for the flavour. I am however, concerned about my ability to eventually clear this cider given the absence of pectic enzymes. I racked to a 5 liter demijohn and filled right up into the neck. Now the aging game begins.

January 5th: Still Cloudy and showing no signs of clearing I added some pectinase, post fermentation. This is not ideal as the enzyme is less effective (if at all) with alcohol present, however I have read reports of it working and so I thought I would give it a try. 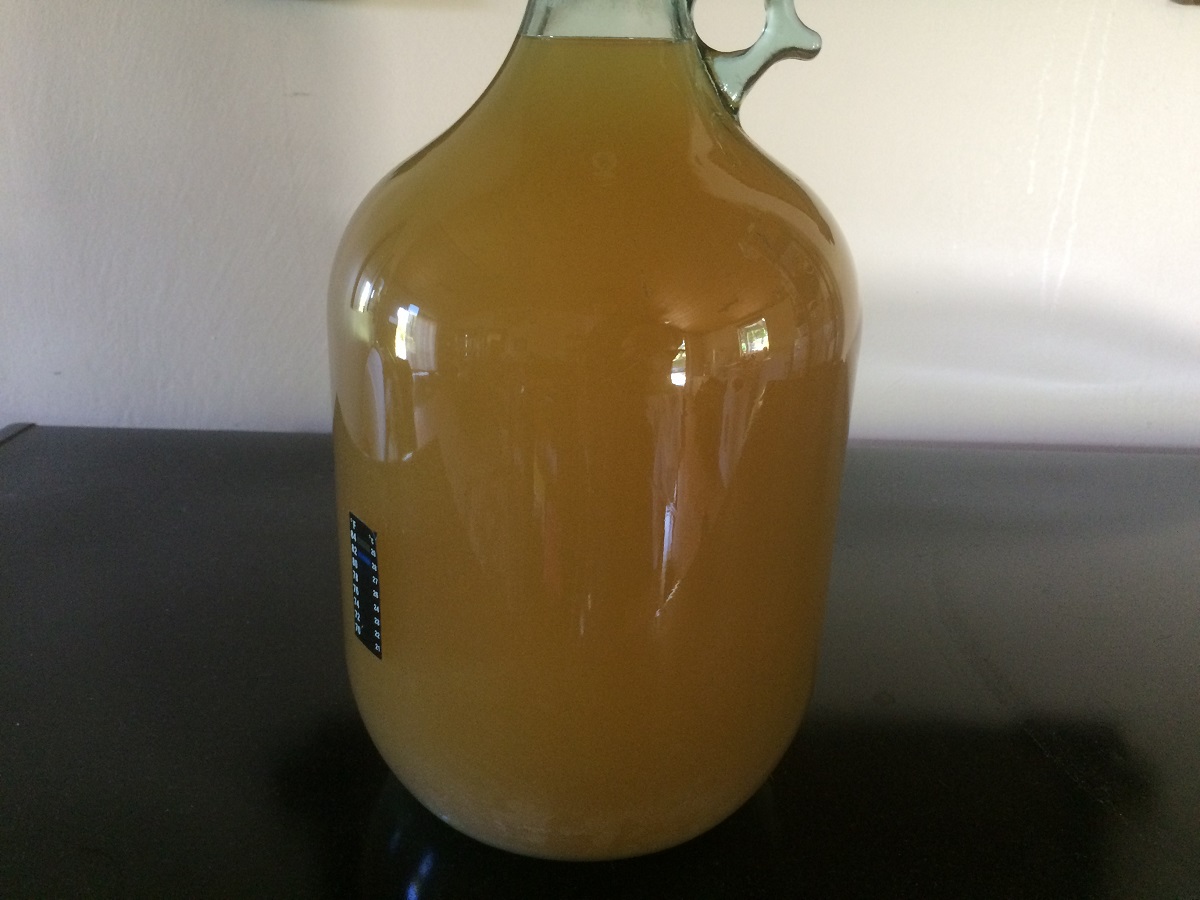 January 12th: The pectinase seems to have had little effect. There seems to have been a little settling, however it’s insignificant enough as to leave me unsure if the results are from the pectinase, or just a little additional time to settle. Loosing hope for this cider I decided to add to Tablespoons of bentonite, (rehydrated and mixed in with 100ml boiling water before adding to cider). Bentonite is not known to clear a pectin haze, but this this was the only other trick I had up my sleeve, so I thought I’d give it a go.

January 20th: There has been a little noticeable clearing, but not that much. The cider is still fairly cloudy. I cold crashed in my keezer to see if that might help at all.

February 4th: One more point had been shaved off the gravity leaving me with a 1.001 cider. Much less cloudy when viewed in the glass. But I will still call this “slightly cloudy”.  Slightly cloudy is certainly fine for drinking, but puts this out of style for competition. On the positive side, this cider tastes really good! Fairly dry, the US-04 did a great job of preserving some apple flavour and an impression of sweetness, if not any actual sweetness. It’s tart with a delicate apple flavour and aroma. The musty amaretto flavour is gone, and there is none of that yeasty flavour that I often find in commercial ciders. The balance is great; not flabby or thin at all, as can sometimes happen with the wrong apple varieties. I’m quite disappointed in the cloudiness of this cider because on taste alone I think this is a winner.

I bottled up what I had and added 1.5 coopers carb drops to my 500 ml bottled (cutting a carb drop in half with sanitized scissors), and one carb drop in my 330 ml bottles. Because of the cloudiness, I am not sure if I will enter this in competition or not. But you never know what might happen as it ages. This cider is still relatively young, and I’m impressed with the flavour for such a young cider, made with store bought juice and with no back sweetening at all. 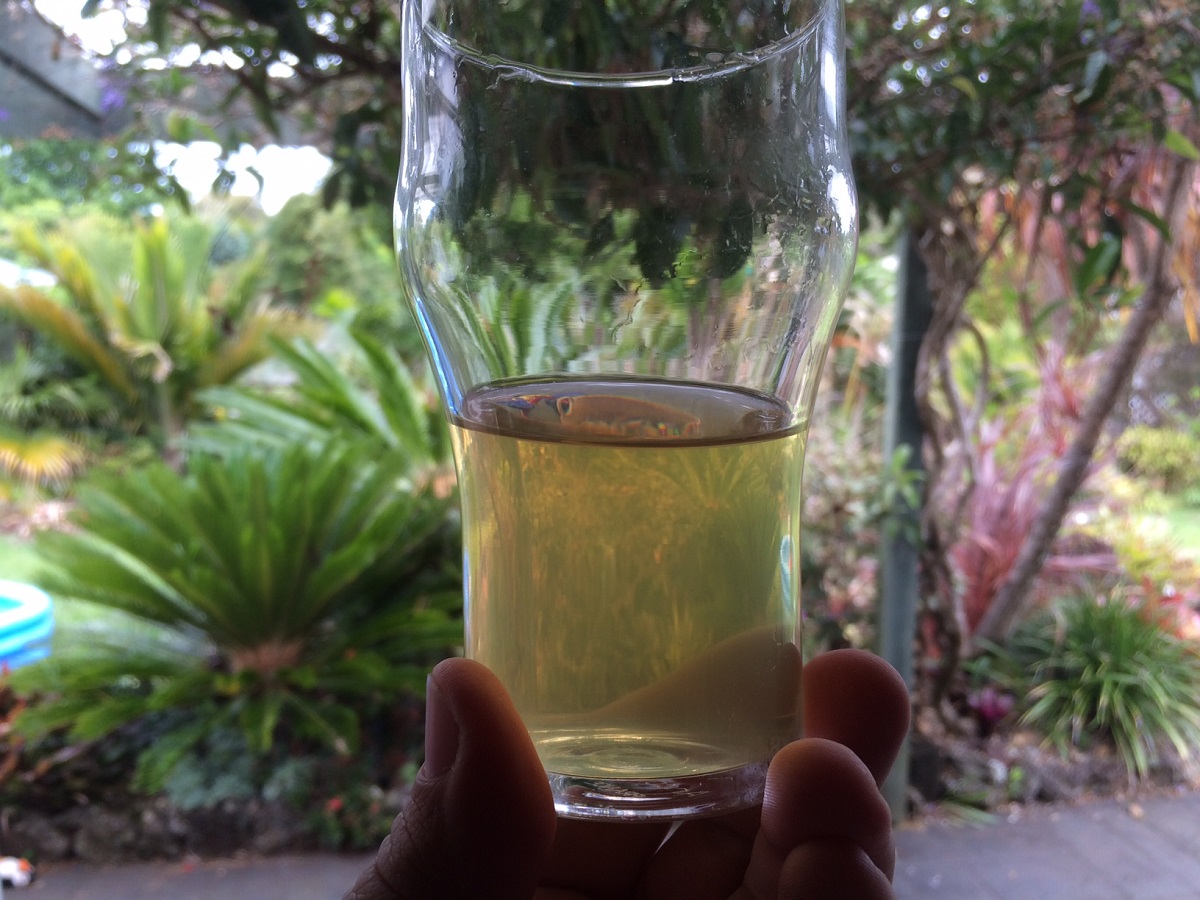 May 6th: Cider is now brilliantly clear. Flavour has improved. It’s cleaner with a good amount of apple present and a nice balance of fruit, tannins, and acidity. Nice as a dry cider but I think some back sweetening would improve it. 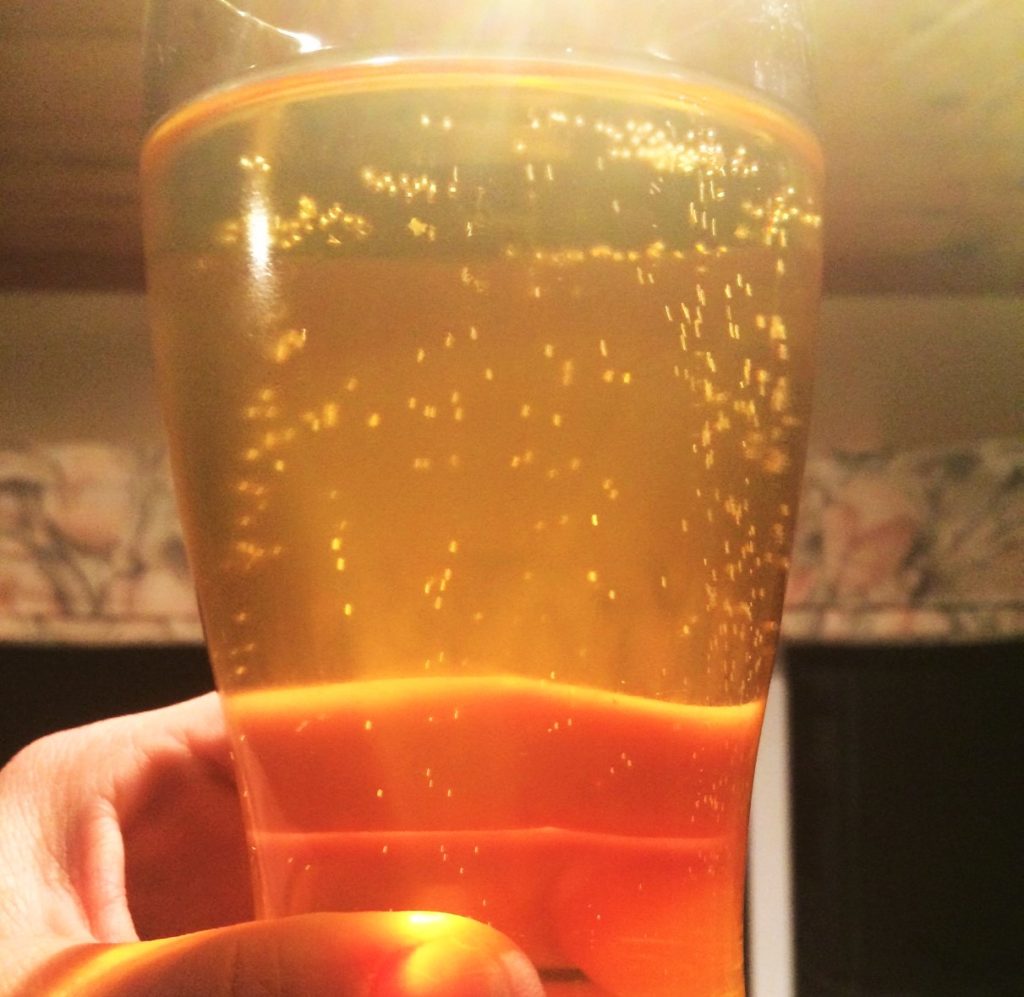