The Best From Abroad 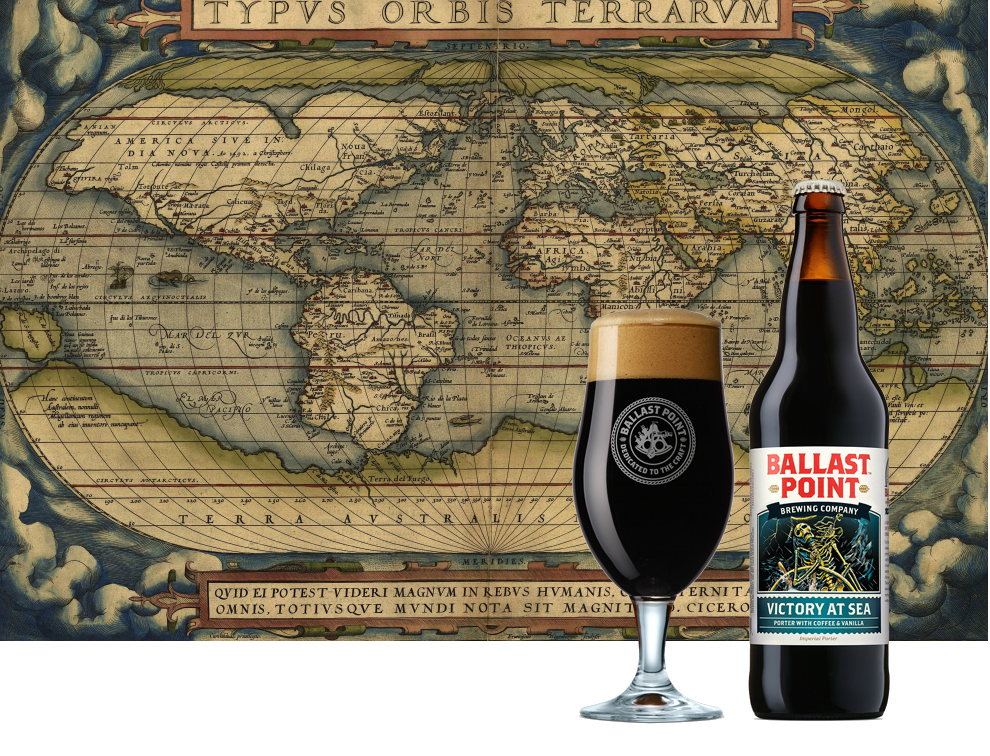 It’s often overlooked, that while New Zealand may only be able to boast one hundred and fifty some-odd breweries operating in the country, that this works out to be one brewery for every thirty thousand people. An incredible number when you compare it to the United States. Arguably, the country most responsible for the craft beer explosion over the last decade or two. The United States’ four thousand breweries still only equate to a single brewery for every eighty thousand people. Leaving New Zealanders with nearly three times the number of domestic brands to choose from per capita, as compared to our rhotic-loving cousins across the pacific.

Still, our geographic isolation leaves us much more limited when it comes to variety. Imports are expensive, fairly hard to come by, and the long voyage across the world can take its toll on that fizzy, yellow beverage we all love so much.

And yet, while there may be a high concentration of breweries in New Zealand, there is still a relatively low number of companies overall, thus limiting variety. Especially in a country so focused on producing hop-centric beers such as IPAs. As experimental as New Zealand brewers are, there are still an enormous number of beer styles that one simply can’t get here. Moreover, with much of the craft beer literature and media being so focused on US and European brands, there are few self-respecting beer geeks that don’t yearn to wrap their taste buds around many of these hard (often impossible) to find offerings from around the world.

Fortunately, thanks to pioneering importers such as “Beer Without Borders”, this is slowly changing. Beer Without Borders is a craft beer import company, which evolved as an extension of Wellington’s renowned craft beer bar, Hashigo Zake, and their online store, CultBeerStore.co.nz. I had the recent pleasure of speaking with the company’s director, Dominic Kelly, and I asked him about the challenges that companies like his face when trying to bring beer into the country, and why the volume of craft beer brands imported into New Zealand has historically been so limited.

“The cost of freight, the logistics in general, and the issue of freshness all add up; and it is a somewhat risky and challenging business,” Kelly explained. “If we had the nerve to bring in a container load of a single product then it would be relatively straight forward. But for four million people, bringing in a product that is basically in the affordable luxury category, we can’t really buy container loads of a single product. Typical craft brewers are not all about one beer. They’re about their range, and seasonals, and what have you. Which means that we have to buy orders from all sorts of suppliers, have them consolidated, and have them brought across. And every time the product is handled we have a cost.”

Dominic also stressed the issue of freshness. “The kind of beer styles that we specialize in; the American West Coast aggressive hoppy beers — I think it’s fair to say they age faster than more traditional styles. There are brewers in the west coast who refuse to sell beyond a certain radius because they’re just so obsessive about how fresh it has to be. So we’re getting product that changes quickly, has to be kept cold, and that the brewers will often put really short enjoy-by-dates on, so we have to buy no more than we are confident we can sell quickly.”

Kelly pointed out a laundry list of expenses that make importing beer into New Zealand a risky business for any company, including refrigerated transit costs, transit from the port to warehouse, excise tax, damage in transit, exchange rate fluctuations, not to mention supply line interruptions which can happen for any number of reasons.

I asked Dominic what the demand is currently like for craft beer imports among New Zealand consumers: “We’ve learned over the years that certain things work, and certain things don’t,” he replied. “A brewery from one part of the world might make a particular style brilliantly. But because it’s not the home of that style people don’t really care. For example, it’s tricky to sell a traditional Belgian Triple or a Porter from the US. There is the odd exception, but the simple answer is that right now, for the market we’re supplying, either experimental or extremely hop forward beers are the easiest to sell. But we’ve seen a slight change in that in the last couple of years as well. A beer that just has IPA on the label isn’t guaranteed to sell quickly the way it might have been once. It has to have a bit of a reputation or be pretty special.”

He also noted that there is a whole new wave of breweries that are gaining ground in New Zealand, such as those out of Oregon. “They’re on a whole new program of experimentation and development where we’re getting Kettle Sours, and barrel aged beers, and all kinds of interesting ingredients; and they’re just incredibly competent in their process. Their techniques are fantastic and they seem to have an ability to innovate better than anything that has come before.”

As someone who has direct access to some of the best, if not the very best imported beer in the country I felt as though I’d be wasting an opportunity if I didn’t ask Dominic to help us round out the year with his top picks for the best international beers of 2015 (with a focus on beers that can at least occasionally be found here at home). His first pick came quick: 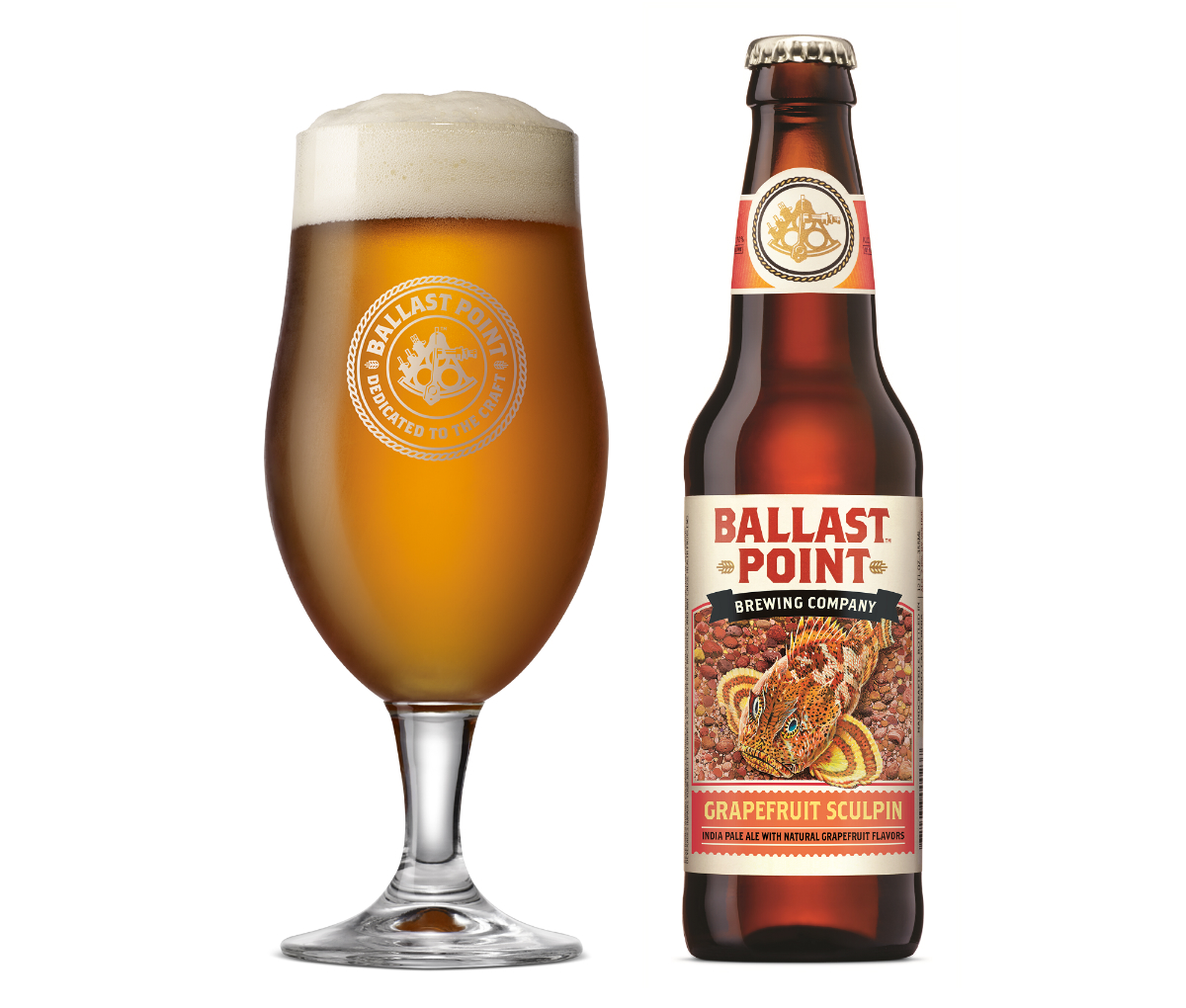 Baird Wabi Sabi Japan Pale Ale – Baired Brewing Company | Shizuoka, Japan: “They have a beer that’s been doing really well in the last year. It took them years to develop it but now it’s in their core range. It’s a pale ale made with wasabi and green tea. It’s working really well as a food beer in many Japanese restaurants. It’s pretty special and delicious.” Dominic added that the Wasabi was not an overwhelming addition, but rather was balanced and “thoroughly blended in”.

La Sirène Brewing Company | Melbourne, Australia: “We’re just picking up a brewery called La Sirène from Melbourne who are specializing in French and Belgian style Farmhouse Ales, probably on a scale that no one else in Australasia is doing. They won’t be the cheapest things on the market because the brewery is painstaking in their process, and because of the ingredients they use.”

Dominic explained that they placed their order based on the strength of a few samples alone, and so he didn’t have one particular beer to recommend yet. However, collectively La Sirène is expected to do very well within a small niche.

Being a fan of stronger, dark beers, I selfishly asked Dominic if he had a more malt-forward favorite. “There’s an easy answer for that”, he said:

Victory At Sea – Ballast Point Brewing Company |San Diego, USA: “Victory At Sea; a coffee, vanilla, Imperial Porter, again by Ballast Point. It’s a great, fun, big, impressive, malty, coffee-ish, vanilla-ish beer. It’s a great food beer, dessert beer, satisfying, and rich. And it’s been influential. Mike’s Brewery in Taranaki made kind of a homage to it with their coffee, vanilla Porter. And Ballast Point also made what they call a summer version of it with their “Calm Before the Storm”. They put the same coffee and vanilla flavourings into a 5.5% Cream Ale. That’s the kind of success that it’s been; it’s got spin offs.”

The contribution of quality craft beer importers like Beer Without Borders can’t be understated. Beer has a profound history that is intensely woven into that of our own. To some extent one can get a sense of a nation’s very identity simply by sampling its beer. Whether it’s a clean rice-based lager from Japan, an over-the-top double IPA from the United States, or a spontaneously fermented sour ale from Belgium that flies in the face of what everyone else is doing, each countries attitudes, agriculture, and traditions can be tasted in it’s beer. And while New Zealand is now making some of the best beer in the world, there is still sometimes no substitute for a pint of a nation’s best. Thanks to companies like Beer Without Borders, and the increasing knowledge and demands of the average New Zealand beer drinker, that is becoming easier and easier to find.

What do you think? Do you agree with these picks for the best craft beer imports of 2015 or do you have a favorite that you think is missing from the list? Share your thoughts below in the comments.