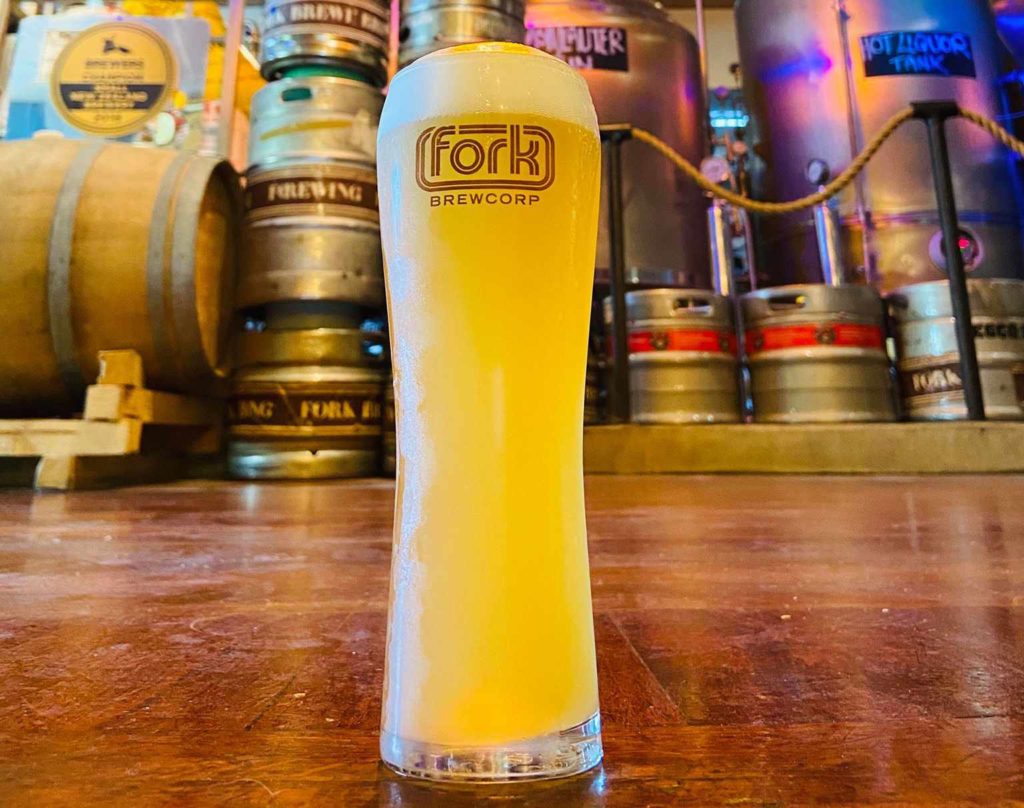 This article was originally published in the March 2020 issue of the Shout NZ / Hospitality Business Magazine.

It is believed that wheat has been used to brew beer since the very dawn of civilization. We find traces of wheat-brewed beers in ancient Egyptian tombs, and there are some that argue that civilization itself was the result of once-nomadic-tribes forming permanent settlements – not to grow grain such as wheat for bread, but rather for beer. But those ancient brews would have most likely been brewed with a mix of grains, honey, herbs and fruit, and would not very closely resemble what we know of today as the modern wheat beer.

That said, the modern wheat beer has some pretty ancient origins in its own right. In fact, Weizenbier (German for Wheat Beer) has been brewed in Germany for at least six hundred years, with some suggesting its origins date back as many as one thousand years. Though originally wheat beers would have been darker in colour due to malting practises of the time, all things being equal, wheat produces a paler coloured beer than its barley-infused cousins. The higher protein levels of wheat also typically produce a cloudier beer. These pale, nearly-opaque ales looked almost white compared to the darker beers of the time, and were soon christened as Weissbier (White Beer). The style caught on, and the tradition of using wheat in beer would endure until the modern era, though over the centuries a number of different wheat-based sub styles would emerge.

So Just what is Wheat Beer Exactly?

Wheat beer, as its name indicates, is a beer that is comprised of a significant portion of wheat (typically at least 50%), the remaining malt typically being barley. However, all wheat beers are not alike. Far from it. Wheat beer can generally be broken down into three broad categories (German, American, and Belgian), but even within those broader categories, there is an incredible amount of variation; especially with German and Belgian Wheat Beers.

Most people associate Wheat Beer with banana and clove like flavours. This flavour profile is quite distinct and has led to the love-it-or-hate-it reputation that Wheat Beer as earned. However, it is not wheat that is responsible for these fruity and spicy flavours, but rather it is the yeast strains which are often used in certain historical styles of Wheat beer that are responsible for these flavours. Wheat itself imparts very little flavour aside from a subtle bready/crackery quality that is not dramatically different from a pale barley malt. In reality, it is the higher protein levels of wheat that are its most overriding quality. These higher protein levels produce a hazy beer, with a pillowy mouth feel, and an almost meringue like head. However, choice of yeast (or bacteria) strain, adjunct ingredients, roast levels, and hops, can produce – as we’ll soon see – an extremely varied collection of Wheat Beer styles.

There is no question that when we talk of Wheat Beer, we first think of German Weizenbier (aka Weizen, Weissbier, and Hefeweizen). Weizenbiers are pale, refreshing, highly carbonated ales with a pillowy mouth feel and distinctive notes of banana and clove. Relatively few hops are used in the brewing of Weizenbiers, so that the fruity esters and phenolic notes are able to really shine through. Weizenbier is best when served fresh in a Weizenbier glass (a tall cylindrical glass which is tapered near the bottom), and then topped off with the remaining yeast and sediment that has gathered at the bottom of the bottle. This is done to get more yeast into suspension, thus accentuating all of the beer’s signature qualities.

In addition to these classic wheat beer styles, Germany also has a distinct tradition of brewing several styles of sour Wheat beer such as Berlinerweiss, and Gose. These sour beers are the result of allowing lactic acid producing bacteria to acidify the beer, while more traditional brewer’s yeast produces the alcohol. In the case of Gose, the salty water from the Gose River (along with the addition of coriander) was historically used to brew the beer, resulting in a beer that is tart, slightly salty, and herbal. A classic Berliner Weiss is often served with raspberry or Woodruff syrup.

To get your hands on an award winning, locally brewed example of a traditional Hefeweizen, try “Persistent High” from Queenstown’s Altitude Brewing. It just so happens to be one of this author’s favourite New Zealand wheat beers.

Born on the farmlands of eastern Belgium, Witbier (Flemish for White Beer) is a refreshing, herbal, often citrusy, moderately strong, and complex Belgian wheat-based ale. The grist is traditionally comprised of about 50% wheat, and 50% barley, though occasionally other grains such as oats are also added to the brew. Typical of most Belgian beers, the yeast strains used to brew a Witbier produce a complex array of spicy phenolics and fruity esters. Ground coriander seeds are typically added to the boil as is orange peel. Other spices such as camomile, cumin, Grains of Paradise, and more, are also sometimes used. These spices are used to help balance the sweetness of the malt in these lightly hopped beers in the tradition of the Gruits (ancient unhoped beers) that are the forerunners of the Belgian Witbier.

Like most wheat beers, a Witbier is best when served fresh. So if you’re in the Wellington area, be sure to stop in to the Fork and Brewer and order a pint of “Ma is White”. Ma is White is a 5.4% ABV Belgian Witbier with a distinctly New Zealand twist. Much in the way that traditional Belgian brewers often used local herbs in their Witbiers, Fork Brewing has incorporated Horopito and Kawakawa into their uniquely Kiwi take on this classic Belgian style. It’s one of New Zealand’s most highly rated Witbiers on UnTapped, so you won’t be disappointed.

The American Hefeweizen emerged in the 1980s when Portland’s Windmer Brothers become one of the first to brew a Hefeweizen in the U.S. Rather than attempt to manage two different yeast strains, they opted to brew their Hefeweizen with the much cleaner Altbier strain that they are said to have used to brew their other beers. The result was a cleaner beer, devoid of the banana and clove flavours that are associated with the traditional German examples of the style. With less delicate yeast flavours to contend with, they added Cascade hops to the brew (a more modern variety of hop that is grown in the Pacific Northwest and known for its citrusy flavours). This hoppier, cleaner, American Hefeweizen was a hit, and is now brewed (to some extent) the world over, including here in New Zealand.

Sometime in the 80s, it is said, that Portland’s “Dublin Pub” began serving a slice of lemon in each pint of Windmer’s Hefeweizen. The idea caught on and has sparked a several-decades-long debate about the appropriateness of adding lemon to a wheat beer. Many casual drinkers love the combination while purists often abhor the idea of adulterating the natural flavours of the style.

While we have discussed the three broad categories of wheat beer, the reality is that there are many more unique and interesting wheat beers in the world. There are the sour Belgian Lambics, the monstrously strong Wheat Wines, the smoky Polish Grodziskies, and so many more traditional, as well as experimental, Wheat beers. After all, wheat is simply one ingredient, and despite its reputation for producing beers of an acquired taste, it is really the brewer who defines the beer, far more than it is the grain. That said, there is a rich and storied history to these beers that dates back to the very beginning of civilization itself, and acquired taste or not, the many traditional wheat beers on the market are truly unique and delicious. If you’ve overlooked Wheat beers in the past because they were so distinctly different from your typical lagers and pale ales, then I’d urge you to give them another try, precisely for the same reason.