The Nouveau Lager – A New Twist On An Old Favorite 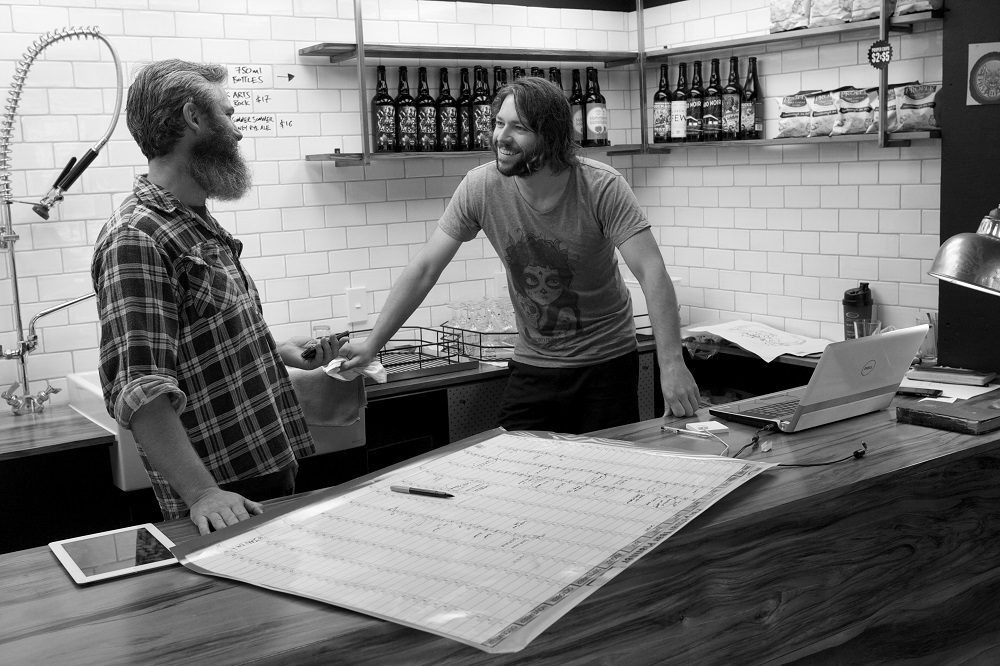 Beer in one form or another has been around since the dawn of civilization. Many historians argue that it was the cultivation of grains for said beer that inspired early hunter gatherers to finally settle in one place and grow crops, for the sole purpose of making that cold, fizzy yellow beverage, which we all know and love so well. Never mind the fact that these early beers were probably not yellow, nor fizzy, and almost certainly were not cold; these beers mark the beginning of a link between mankind and a beverage that would (at least in part) be responsible for everything from the building of the Pyramids, to the birth of modern medicine.

And without a doubt, the style most synonymous with the word “beer” is Lager. The term “lager” comes from the German (storeroom or warehouse), as storing the beer at cold temperatures is a definitive part of the conditioning process and so key to the crisp, clean flavor profile of the style.

Lager beer makes up the overwhelming majority of beer production across the globe, with ten out of ten of the world’s bestselling beers being pale lagers. However, at only six centuries old, the pale lager with which we are all so familiar is a fairly recent arrival on the beer scene.

With little understanding of how the fermentation process actually worked, early brewers relied on wild yeast strains to spontaneously ferment their beers. It’s believed that this evolved into a process of using a portion of a successful batch to kick-start the next one; much like sourdough bread. This kick-starting, lead to a process of unconscious yeast selection that eventually contributed to the varying qualities of many of the world’s most acclaimed beer regions and styles.

Somewhere in Bavaria around the 15th century, it would seem that brewers began to notice that the beers they stored in the cold Bavarian caves continued to ferment and mature, leaving a smoother, crisper, beer behind. As yeast selection continued, a mutation of the common ale yeast strains of the area evolved into a bottom fermenting yeast strain specifically adapted to cold temperatures. Thus the lager was born.

For centuries, lager beer was much darker than the lagers we know today. This was due to the common malting practices of the time. It wasn’t until the mid 19th century — when pale malting practices were adopted in Germany — that a beer more closely resembling the modern lager was born.

Fast forward to the dawn of refrigeration (a technology that was originally developed by James Harrison to “cool beer” I should add), and the clean, easy-drinking, pale lager was fast on it’s way to becoming the most popular beer on the planet; making up more than 90% of the beer consumed in the world today.

As the beer style most noted for being “easy drinking”, or more cynically, “non-offensive”, it’s probably no surprise that lager has often been viewed by many as separate from the craft beer movement. Historically it has been the darker, sweeter, bolder, (even sour) beers that have lent themselves to the blending with non-traditional flavors and ingredients. Whereas, the lager has remained the every-mans beer, more commonly brewed to please a less adventurous palate. However, that is slowly changing as we see a renewed focus on lagers by many of the world’s craft breweries.

One such brewery is the always experimental, Wellington-based Garage Project, who offers an uncommonly large array of lagers compared to the average ale-centric microbrewery. I had the pleasure of speaking with one of the brewery’s co-founders, Jos Ruffell, at this year’s Beervana Festival and I asked him how he saw the evolution of the lager over the last decade or so, and how Garage Project is approaching the style.

“When Garage Project started we had a blank canvas”, said Ruffell. “We had a cupboard of different specialty malts, a fridge full of different hops, and a bank full of different yeasts. So we really had this sort of pantry that we could go into. We didn’t know what we were going to brew.  Week to week, we would just sort of flow, based on what we were feeling or what we were interested in. We took a step back after the first eighteen months or so of the brewery, and we realized that a lot of the beers that we’d put out were actually lagers. And those lagers were some of the more memorable and sought after beers we had been brewing.”

Jos explained, that one of the reasons he felt their lagers were so popular, is precisely because the neutral base of the style worked very well with adjunct and specialty ingredient rich beers, something Garage Project is known for. “They’re not fighting over the fruity esters of an ale,” he explained. “But that’s not to say that the beer needs to be boring just because it’s a lager.”

If there is one thing that Garage Project’s lagers are not, it’s boring. Point in case, as I write this article the brewery is canning up their “La Calavera Catrina”. The seasonal day-of-the-dead-inspired beer is a pale lager, cheekily brewed with the addition of maize, an ingredient you’d normally associate with much blander lager offerings. However, this beer is fired up with a generous addition of organic Habanero chilies, rose water and watermelon.

Or take for example their “Rose De La Vallee” which, at its heart, is a crisp pale pilsner. But then the beer is infused with freshly crushed Pinot juice from Martinborough’s “award winning” Escarpment Winery. The beer is then briefly left to rest on the red Pinot skins to give it what (in Rosé parlance) is described as ‘onion skin’ orange with a light blush of pink, that creates a crisp vinous lager with citrus and strawberry notes. 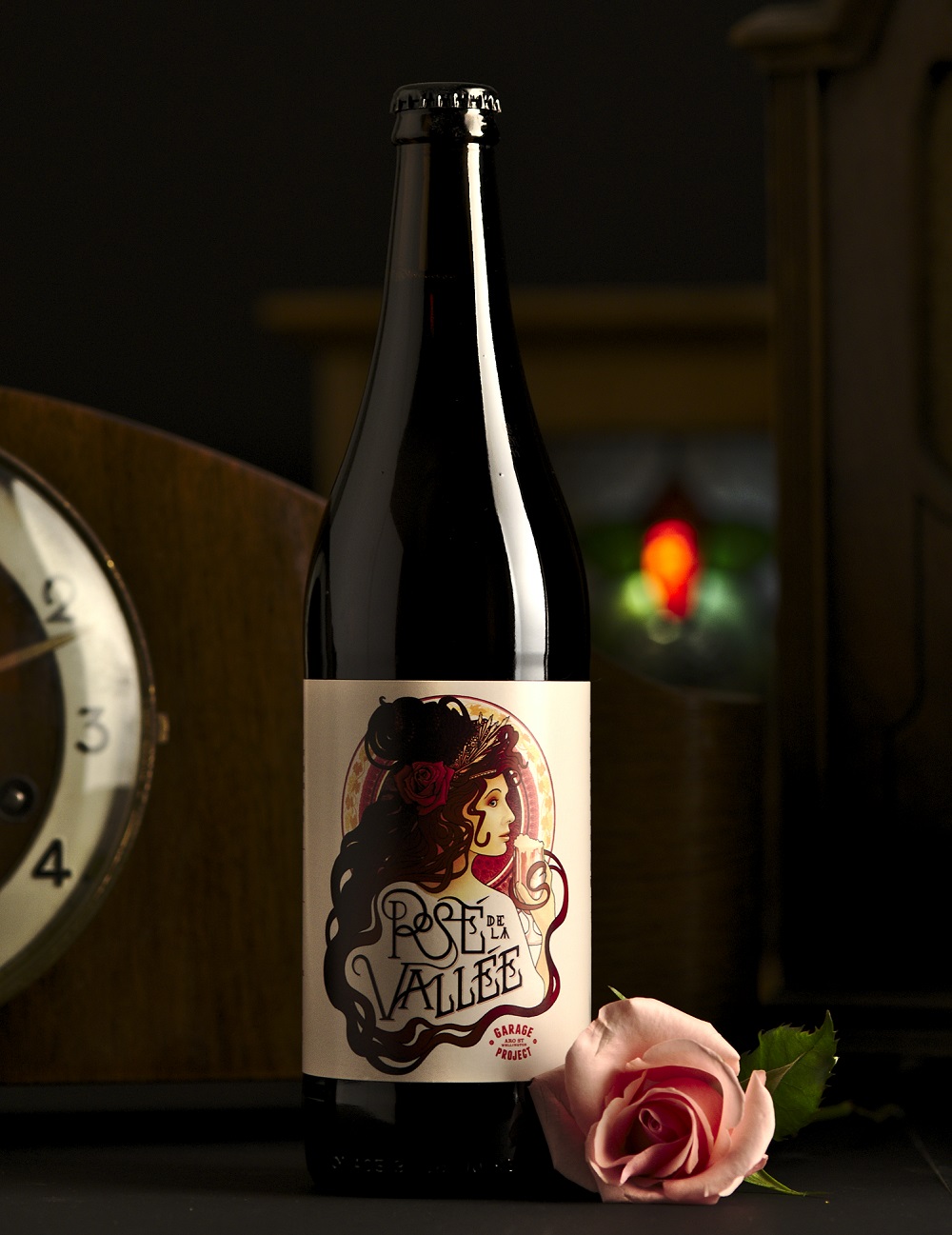 Still another of Garage Project’s eccentric but delicious sounding lagers is their “Day of the Dead” release. “Day of the Dead” is a strong black lager inspired by the Aztec beverage xocolatl. The beer is brewed with smoked chipotle chili, re-fermented with organic blue agave syrup (the basis of Tequila), and conditioned over raw cocoa nibs and Tongan vanilla. Wow!

And the list of avant-garde ingredients you might find in a Garage Project lager goes on. This list includes items as unexpected as red rice, lotus and chrysanthemum flowers, sumac, hibiscus, lemon, jasmine and white tea just to name a few. But, Jos stressed, it isn’t just all about exotic ingredients. He also pointed out that the success of their classic Czech Pilsner style lager, humbly named “Beer”, or their highly regarded “Pils ’n’ Thrills” lager, which is the brewery’s irreverent take on a classic European Pilsner; given only a slight kick by the use of high-citrus American hops.

“There’s a return to simple styles of beer”, Ruffell explained. New Zealand has always been very heavy on Pilsner. But every time I go up to America lately I have great fun racing around drinking stupidly hopped double IPAs, and big pale ales. But eventually someone puts a nice, well-made lager in front of you and it’s just a real treat. They do have something to offer as a style. They’re fantastic and they’re not the easiest things to make. They do have a bit of a bad rep, but I think that’s changing. I think that’s going to be a broader trend. You’re going to see more people looking for some of those classic styles of beer.”

I asked Jos what he felt about the growing trend of hopped up lagers, such as those that many brewers have christened the “India Pale Lager”. In response, he cautioned against the need to define certain beer styles. “I think we’d prefer sometimes not to try to put a label on something. For example, I’m actually quite interested in what an India Pale Lager would taste like, but just calling it an IPL somehow puts me off a little. I think that’s it ultimately.  Maybe the “La Calavera Catrina” is where we end up, you know? It doesn’t matter if it’s an ale or a lager. Is it interesting? Do you like it? Are you excited by it? Do you want to share it with other people?” That’s what matters.

I thought about what Jos said, and I couldn’t help but think about the fact that one of the things most often focused on when reporting on craft beer is market share. Such as, what percentage of the beer market has craft beer claimed this year? Craft beer, while it continues to grow the world over, has always seemed to struggle to break through a certain ceiling. That said, the majority of craft beer sales have been fueled by more left-of-center ales, such as IPA, pale ales, Belgian beers, and stouts, to name a few. And yet, the average palate simply does not respond to many of the rougher edges of these styles. There is an entire segment of the market that yearns for something “better”-something of “quality”. However, that “something” must also be a thing that they genuinely enjoy. And I wondered if the nouveau lager is the answer; the beer that will take craft beer beyond that ceiling and make craft “the rule” rather than the exception. If nothing else, we do know one thing about the world’s feelings regarding lager beer, they certainly do like it, and they definitely want to share it with friends.