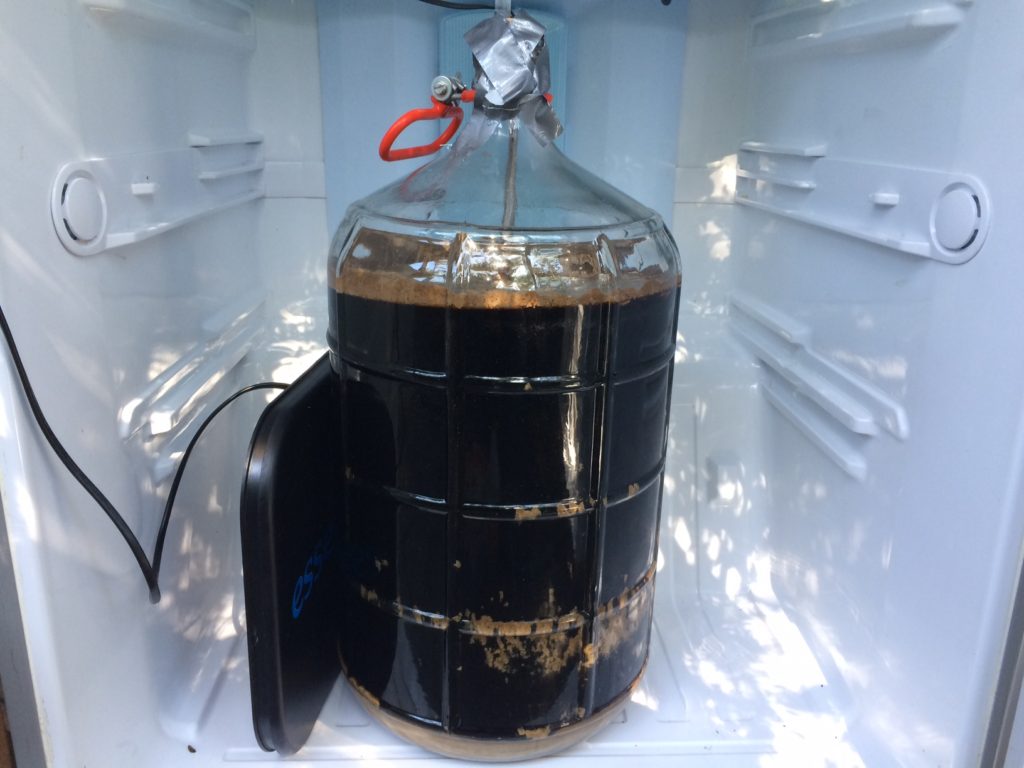 My fourth brew for “Project NHC” was brewed back in late February to insure that I’d have a keg dark, sessionable ale ready for St. Patrick’s Day. I speak of course of  “Dry Irish Stout”, or what the BJCP has officially shortened to simply “Irish Stout”.

Rather than brew up the traditional Guinness recipe, I decided to go for more of a Cork and Carlow-style stout such as Murphy’s or Beamish. It was a bit of a risk in terms of brewing for competition as most people to think of Guinness’s signiture flavour when it comes to Irish Stout, but I personally prefer Murphy’s to Guinness and so I went with what I like. After all, I’ll have to drink the remaining 18 liters of it 🙂

Beers like Murphy’s and Beamish are similar to Guinness in strength and roastyness, but the Cork and Carlow stouts tend to have a bit more chocolate flavour and a touch of sweetness as compared to Guinness. I based my recipe largely on the Irish Stout recipe found in Gordon Strong’s relatively new book, “Modern Homebrew Recipes“. If you don’t have this book, go get it. It’s a must-have for every homebrewer’s collection. However, in my recipe I added a small amount of British Chocolate Malt, and also changed up the hops and yeast.

I turned this batch around in just seven days from grain to glass, in order to have it ready for the arrival of two friends who were flying in from Los Angeles. While it was a personal speed record, the quick turnaround time did not leave me wanting for flavour.

Here’s what the BJCP has to say about style 15B, Irish Stout:

From the BJCP 2015 guidelines: “A black beer with a pronounced roasted flavor, often similar to coffee. The balance can range from fairly even to quite bitter, with the more balanced versions having a little malty sweetness and the bitter versions being quite dry. Draught versions typically are creamy from a nitro pour, but bottled versions will not have this dispense-derived character. The roasted flavor can be dry and coffee-like to somewhat chocolaty.”

Fermented at 18.5°C but after 48 hours I started raising temperature by half a degree each day until I hit 21°C.

Cold crashed after approximately 6 days and force carbed in kegs on Day 7. 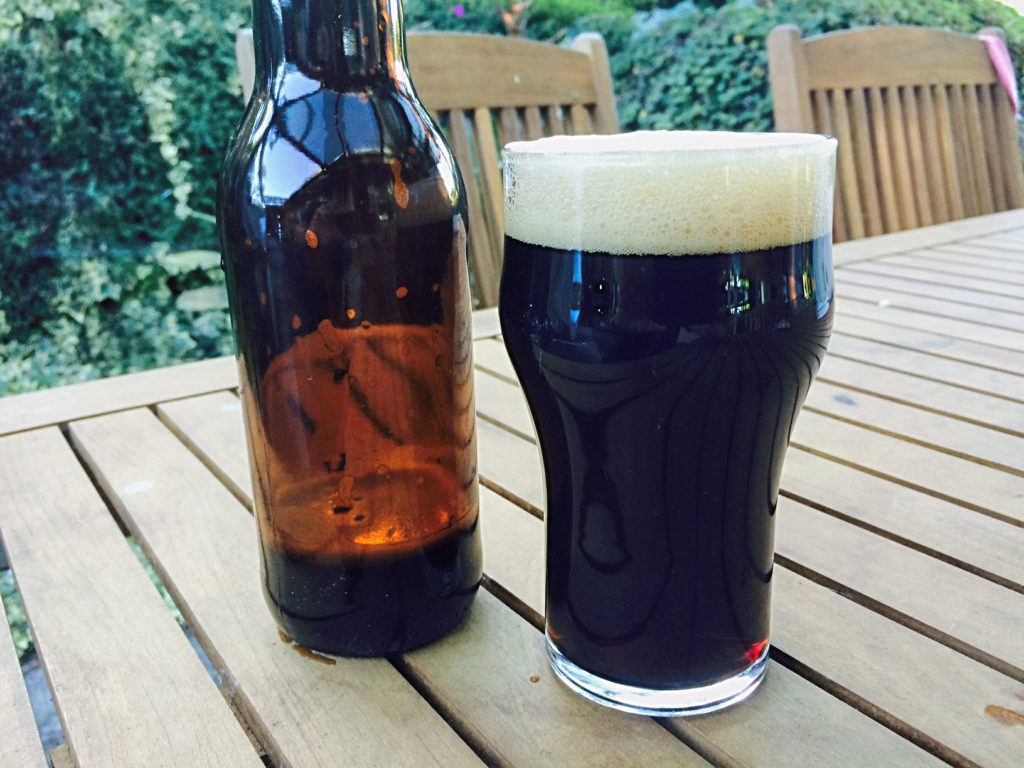 Feb 25th 2016: Pitched a pack of US-04. The fermentation seemed healthy and proceeded without incident. Fermentation had nearly completed by day four but I gave it a couple more days to clean itself up.

March 3, 2016: Kegged and force carbed. From grain to glass in seven days.

Tasting Notes: This was a very nice beer and it disappeared in no time. It finished a tad higher than I would have liked and it’s possible I may get dinged for it “not being dry enough” but I personally find it to be very similar to Murphy’s. It has that characteristic Dry Stout Twang that I believe comes from a combination of the roasted barley and the flaked barley, but much less-so than Guinness. The chocolate really came through. So much so that it prompted one friend to ask if I actually added cocoa to the beer. That said, I personally find Murphy’s to have a similar chocolaty quality, and while it’s by no means a clone, I think my beer is very reminiscent of Murphy’s. While I personally prefer a bigger, chewier stout, this was a very pleasant beer that was loaded with flavour and I wouldn’t hesitate to brew it again.

One thing I did notice was that despite being a solid beer on day seven. The beer really started to peak after a few weeks. Flavours cleaned up a bit, blended together a bit better, and the roasted barley flavours poked out a bit more rather than getting lost in the chocolate. Will the judges ding it for not being “Guinnessy” enough? We shall see…