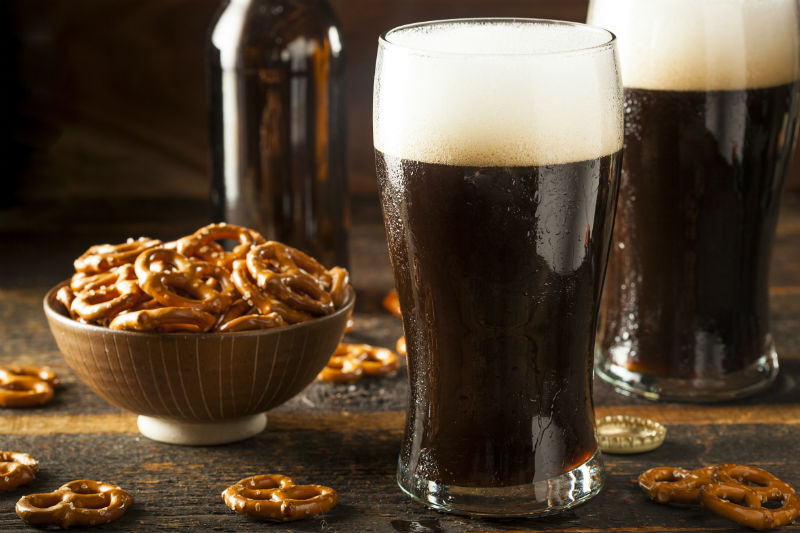 There are few beers whose identity is based on colour alone. Most beer styles are named after the city of their origin (Pilsner), some significant sociological factor (Russian Imperial Stout), or are at least synonymous with a specific flavour profile (Wheat Beer). But a “Brown Ale” is, well… simply brown. And how appetizing is that?

Perhaps this is why professional brewers are often heard complaining that a brown ale is one of the hardest beers to sell. It’s long been a running joke that if you just re-name that very same beer as an “Amber” you’ll sell twice as many bottles. However, as nice as an Amber Ale may be; a Brown Ale it is not.

But the Brown Ale’s lackluster popularity is a shame. In many respects the Brown Ale is one of the more interesting and flavourful offerings in the craft beer world. Rich, malty, and often complex, it’s neither intensely bitter like an IPA, nor overly astringent like a Stout. Instead the Brown Ale fills that void for those who like a characterful beer that is still quite easy to drink.  It’s a beer that can get you through a cold winter’s night, but which also goes great with your Sunday afternoon barbecue. Perhaps most important of all, a brown ale makes for the quintessential pint, down at the pub.

It’s ironic, that the Brown Ale has declined so much in popularity over the centuries, as there was a time when virtually all beers were in fact brown. Up until the eighteenth century, malted barley was kilned primarily with straw and wood fueled fires. This resulted in varying shades of dark, often smoky, malt, and therefore beer.  It wasn’t until the early seventeen hundreds when maltsters began using the cleaner burning “coke” (a coal derivative) in the kilning process, that pale coloured beers were first introduced in England (where the classic “Brown Ale” was most popular). Two other important innovations would soon drive Brown Ale to the brink of extinction; the invention of the hydrometer and “black patent” malt.

With the invention of the hydrometer (a device that measures the amount of sugar in liquid), brewers soon realized that their widely used brown malt produced infinitely less available sugar than pale malt. Coupled with the invention of “Black Patent” malt (a black malt roasted similarly to coffee), it became much more cost effective to produce the popular Brown Ales and Porters of the time, using a mixture of pale and black malt as opposed to brown malt alone. With brewers moving away from the less efficient brown malt, brewing (and thus drinking) preferences seemed to diverge simultaneously into either light coloured beers such as Pale Ales and Lager, or the much bolder and darker coloured Stout.

Brown Ale had all but completely died out in the United Kingdom until a few brewers such as Manns and Newcastle began brewing their iconic Brown Ales, on a large scale, in the early nineteenth century.  Still, Brown Ale remained a rarity until the style gained a foothold with American homebrewers in the nineteen eighties, and the bolder/hoppier “American Brown Ale” was born. And while Brown Ale may still be the red-headed-step-child of the tap list, the explosion of craft beer in the last decade has certainly lead to the style’s biggest revival in nearly two hundred years.

As if to illustrate the relationship between craft brewers and the recent rise in popularity of the Brown Ale, the style seems to be making a surprisingly disproportionate appearance in the lineup of many new breweries. One such brewery is Kainui Brew Co. (or KBC), located in the Far North town of Kerikeri. KBC is one of New Zealand’s newest, and smallest, breweries, with a current output of just eighty liters per batch. KBC has introduced a Brown Ale as one of its four initial offerings; a bit of a rare appearance in a flagship lineup, particularly for a brewery with such a limited output. I had a chance to speak with KBC’s owner and head brewer, Gary Henwood, and to ask him more about the style and where it fits into the spectrum of beer styles and the broader drinking experience. 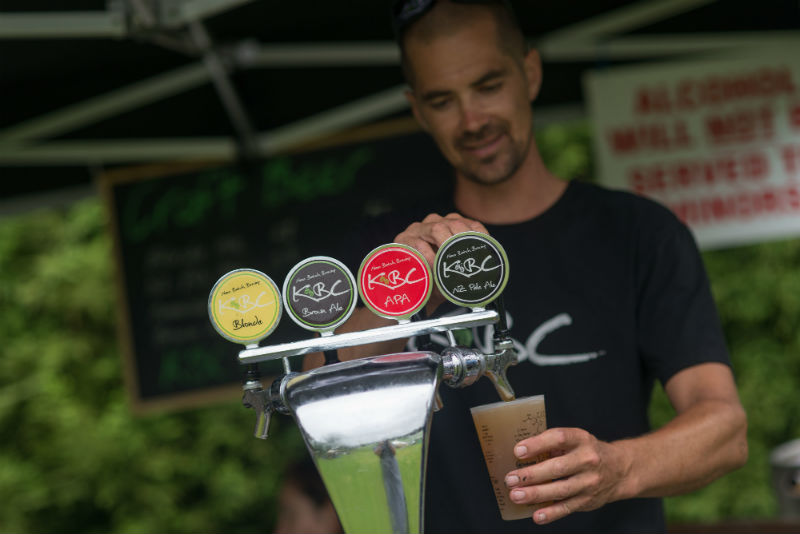 “Our Brown Ale is perhaps not to style,” the Northland brewer first clarified. “It’s a hoppy American Brown Ale and pushes the extreme limits of the style. We dialed up the malt and hops and created a really full flavoured beer, so it’s really a beer for your discerning craft beer drinker rather than one for the masses. I think it fills the slot of a Russian Imperial Stout, but without the alcohol or intense roastiness. it’s just full flavour basically. That’s how it was designed anyway.

Henwood stressed the importance in the delicate balance of a Brown Ale and how the slightest change to a recipe can make for a very different beer. “At one point, I played with the mash temperature a bit and I went a little too high. So I brought it down because it’s important with this particular style to make sure that you’ve got some residual body there. If you dry the beer out too much, it becomes unbalanced. You sort of need that little hint of sweetness and body. Otherwise, it becomes a little more Brown IPA-ish, and not quite as nice to drink.

I asked Gary why KBC chose to take a chance on this odd duck of a beer style, and include a Brown Ale in their initial line up. “It’s personal preference,” he replied. We brew beers that we like to drink. That’s the number one reason. But it’s also because it’s a style in which you can marry a lot of malt and hops together quite nicely. It’s something I tried early on in the homebrew process and I really just like that style.”

I couldn’t help but wonder how the average Northland beer drinker reacts to the style compared to the more popular Blonde, Pale Ale, and IPAs that KBC also offers in the Kainui Vineyard Tasting Room or at one of the many farmers markets where their beer is currently sold. “It depends where they come from”, Henwood laughed. “English people love it; just about one hundred percent of them. So do beer geeks. Anyone looking for flavour, or maltier beers, tends to like it. But the people who haven’t been introduced to craft beer seem to just think it’s quite strange. I’ve had some quite funny reactions to it. It just depends on your prior experience and taste preference. But generally it’s well received.”

I asked Gary what he felt was in store for the Brown Ale, in terms of both style and popularity. He thought about it, then replied: “It’s like you say, there aren’t many Brown Ales available in New Zealand. Like many things in New Zealand, we tend to follow the American trends. So I imagine it will head more along the line of the American Brown Ale. But I think we’ll probably start to see a bit more chocolate and black malt added to paler beers as well, perhaps even through blending. There seem to be a lot more winemakers getting involved with brewing beer these days, so I think blending might start to become more common, and I think Brown Ale would lend itself really well to that. It’s certainly something I’m interested in doing. So we’ll see.”

Whether it’s the malty, but sessionable, classic English Brown or the bolder, hoppier American take on the style, one thing is certain; Brown Ale is an underappreciated and shamefully overlooked style. It is rich, complex, malty, sometimes hoppy, and nearly always appropriate for the occasion. In fact one might say that if Goldilocks had found a string of pints laid out along with that proverbial bowl of porridge, she almost certainly would have gone for the Brown. “Not too roasty, not too hoppy, but just right!” Thanks to creative craft brewers like Gary Henwood, who are driven less by finances and more by the desire to create the perfect pint, it is becoming easier and easier to find commercial examples of this delicious beer. Just right indeed.