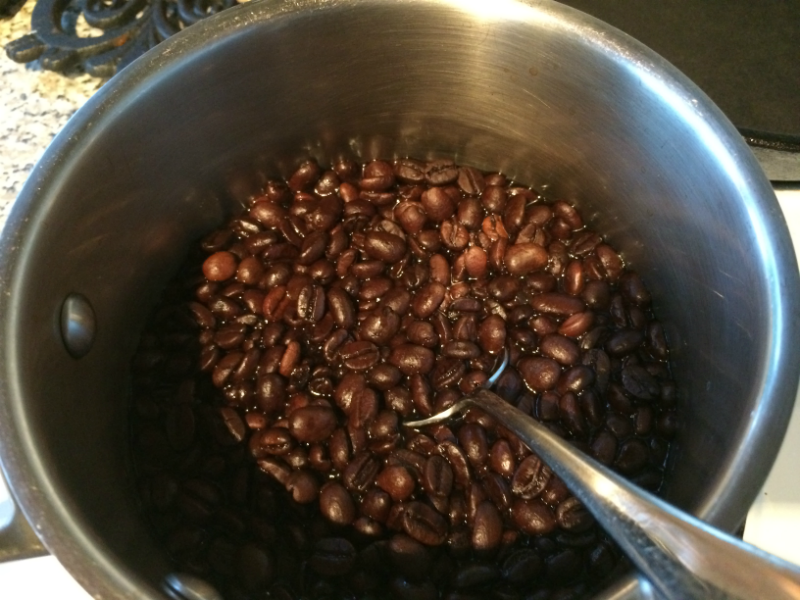 For my sixth brew for “Project NHC” I decided top modify my Irish Dry Stout recipe and turn it into an Irish Coffee Stout.

The base Irish Stout recipe was based largely on the Irish Stout recipe found in Gordon Strong’s relatively new book, “Modern Homebrew Recipes“. If you don’t have this book, go get it. It’s a must-have for every homebrewer’s collection. However, in my recipe I added a small amount of British Chocolate Malt, and also changed up the hops and yeast.

But before kegging the majority of my batch, I siphoned 5 Liters of stout onto a good dose of cold brewed coffee as well as whole beans and aged for a 5 days in secondary. This made for a really enjoyable Irish Coffee Stout. Or as the BJCP would categorize it, a “Spice, Herb, or Vegetable Beer”.

Here’s what the BJCP has to say about category 30A, Spice, Herb, or Vegetable Beer:

From the BJCP 2015 guidelines: “A harmonious marriage of SHV and beer, but still recognizable as a base beer. The SHV character should be evident but in balance with the beer, not so forward as to suggest an artificial product.”

Fermented at 18.5°C but after 48 hours I started raising temperature by half a degree each day until I hit 21°C.

I then heated a pot of homemade cold brewed coffee to a near boil. In a separate pot I took approximately 150 grams of whole bean coffee and added just enough heated cold brewed coffee to cover and sanitize the beans. After letting it sit for a few minutes I added the beans and liquid to a 5 Liter carboy and topped up (to the neck) with Irish Stout. I let sit (refrigerated) for bout a 5 days and then bottled. 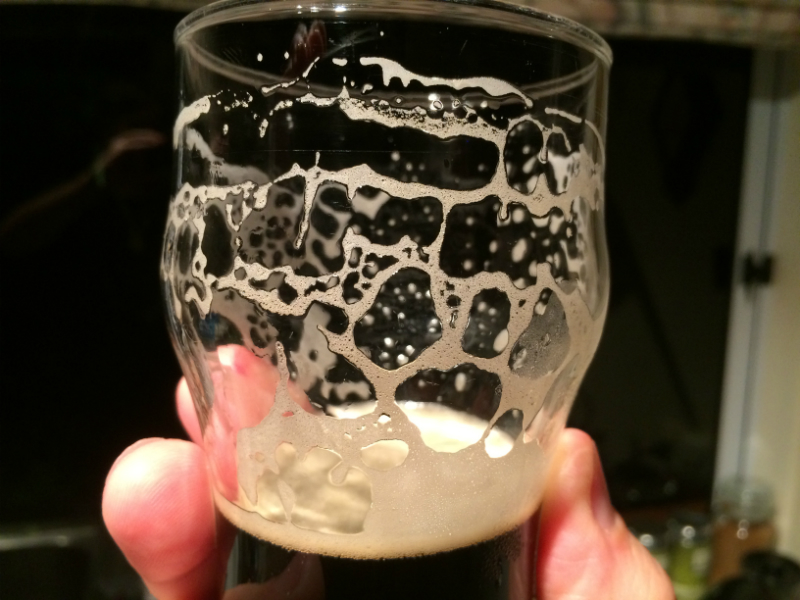 The beer came out really nice. However the coffee flavour dominates. So much so, that the beer is actually quite reminiscent of an actual cold brew coffee. There is absolutely no vegetal (or green pepper) quality (as is sometimes a problem with coffee beers) and I even had a few people inquire about the brand of coffee so that they might buy it for their morning brew. But as nice as the coffee flavour is, I am a tad concerned that it will be too dominate for the judges. It will likely depend on how it ages. All of that said, if ever there was a delicious breakfast stout (that you actually drank with breakfast), this beer would be it.

November 2nd: Tasted this beer as part of a pre-NHC tasting and it has probably suffered more than any of my beers that I submitted to the competition. The base beer is still holding up well, but the coffee has gone from tasting like delicious cold brewed coffee, to tasting more like astringent coffee grounds. Much more burnt and harsh, and leaving a strong coffee aftertaste. I’m surprised that the coffee changed as much as it did and am disappointed to discover that this has happened as a few months ago this was a really nice beer.

Previous post The Future of Beer - A look at Current and Developing Trends in Craft Beer.