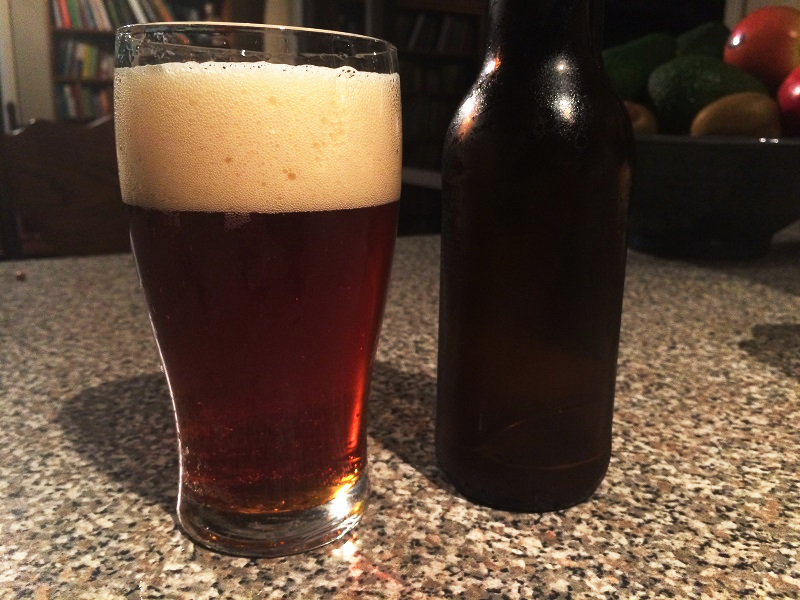 For my seventh brew for “Project NHC” I decided to re-brew a beer that got me 44 points (one shy of a Gold Medal) at last year’s NHC: Jamil Zainasheff’s Scottish Ale. However this year I made two changes…

1. Last year I brewed a low ABV “Scottish Light”, whereas this year I beefed up the gravity a bit and turned it into a “Scottish Export”.

The only real challenge here was finding a good substitute for Honey Malt, an ingredient called for in the original recipe, but not available in New Zealand. Fortunately Gladfield offers a handy malt conversion app. You simply plug in your recipe along with the Maltster, and the app adjusts volumes based on different variables and converts your recipe into an all Gladfield-based recipe. In cases where malt substitution is necessary, the app will select one for you.

Here’s what the BJCP has to say about category 14C, Scottish Export:

From the BJCP 2015 guidelines: “A malt-focused, generally caramelly beer with perhaps a few esters and occasionally a butterscotch aftertaste. Hops only to balance and support the malt. The malt character can range from dry and grainy to rich, toasty, and caramelly, but is never roasty and especially never has a peat smoke character.”

Fermented at 18°C but after 48 hours I started raising temperature by half a degree each day until I hit 22°C.

July 31, 2016: Pitched one packed of rehydrated US-05. Fermentation was well underway within 24 hours and progressed slow and steady. The fermentation went on for a few days longer than I expected, which in my experience usually results in a cleaner beer.

August 18th, 2016: I’m very pleased with this beer. Dark amber, with brownish hues and an off white head, the beer is surprisingly clean and caramelly, with just a hint of chocolate. It’s both complex and subdued at the same time, in the sense that it has all of the nice malty notes I was looking for (toast, chocolate, honey), while still being a light and highly sessionable beer. This beer tastes something like a slightly sweeter Irish red with just a dash of Porter thrown in for color. The beer was very popular with friends and disappeared quickly.