Pizza and Beer – The Ultimate Pairing 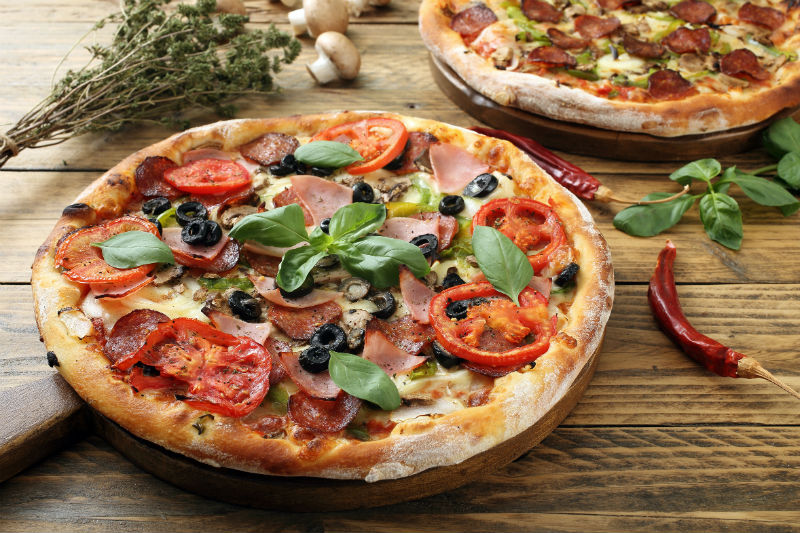 This article was originally published in the June issue of Hospitality Business Magazine.

It’s no secret that wine and food are a classic pairing. So much so that it’s rare to talk about one without mentioning the other. Beer, on the other hand, has long been relegated to the very back of the menu. Just a few inches of real estate; imported or domestic.

However, as the craft beer industry has been maturing in recent years, beer is slowly making headway as a beverage that can rival wine as the perfect accompaniment to a meal. Programs like the Cicerone program offer beer drinkers what wine drinkers have long benefited from in a Sommelier, and the recent renaissance of Sour, Wild, and Wood-Aged beers have introduced beer drinkers to new levels of complexity that were virtually impossible to find in New Zealand just a few years ago. Still, change comes slowly. And these advancements are the exception, rather than the rule.

However, there is one beer and food pairing that is as old as the hospitality industry itself, and which a classic vino, can simply not compete. I speak, of course, of Pizza and beer. Pizza is unquestionably one of the world’s most loved (and consumed) foods. Yet the tangy tomato base of most Pizzas can be difficult to pair with wine. The acids and tannins commonly found in wine can amplify the acidity of the tomatoes to create a less than appetizing combination. Beer, on the other hand, offers a complementary counterbalance to the potentially overpowering tomato. Malt flavour tends to complement any sweetness, yeast derived esters and phenolics offer to balance the acid, and the bitterness from hops – as well as carbonation – leave the palate feeling cleansed and ready for another bite.

I thought it would be fun to take a look at the subject of beer and food pairing through the prism of this much loved – and quite familiar – classic combination. I reached out to McLeod’s Pizza Barn and Brewery’s new head brewer (and classically trained chef I should add), Jason Bathgate, to help us pair the perfect slice with the perfect pint.

Before brewing for acclaimed breweries such as Renaissance, 8 Wired, and now McLeod’s, Jason worked in the US restaurant industry for over twenty years. He graduated from the New England Culinary Institute in the top of his class and helped open nine different restaurants, including a five star hotel in Vermont. He recently became the head brewer for Mcleod’s where he is currently reinventing much of their beer lineup to include everything from classic Lager’s to more avant-guard sour beers.

I asked Jason what beers he’d pair with a few of the more classic Pizza’s one can typically find on the menu of any self-respecting pizzeria, and to help us better understand the principles behind beer and food pairing in general…

Margarita Pizza: “A Margarita has a nice herbal note, but it’s also got tomatoes which are quite acidic. So I would never pair it with something sour, because you’re going to have a huge conflict. Honestly, IPA is usually going to be a go-to, or a German-style Pilsner. Something crisp, something light; a Kölsch would probably slide in quite nicely with that. Even an American-style Brown Ale would probably work really well. It would complement that bready, nutty character that you get from the dough itself.”

Pepperoni Pizza: “I would probably steer towards a Saison. Flavour-wise, it’s incredibly dry. But typically the yeast strains that you would use for a Saison produce a lot of glycerol, so they’ve got that kind of slick, smooth mouth character. Saisons are food beers. They go well with almost anything. They usually have that spicy, banana, clovey character that you get from the yeast as well. There’s always a little bit of malt sweetness in the background. Very much like Champagne. Champagne goes with everything. Saison’s are very much a table beer. The pepperoni and the spices are still going to be there, but with a beer like that you’ve got something to support them.”

Sausage and Mushroom: “Assuming the sausage is a regular beefy sausage (not too spicy), and the Mushrooms are rich and earthy, I’d go darker. Maybe a nice ESB (Extra Special Bitter) or an English Brown. A Scotch Ale would probably go brilliantly with that. In this situation, I would choose to complement the flavours versus contrasting them. Even the bready, yeasty character of a Belgian Dubbel would be a nice complement to the earthy mushroom and beefy qualities.”

Seafood Pizza (EG, shrimp and red onion): “I would probably steer on the lighter side; Pilsner, Lager, American Pale Ale, Saison again. A Wheat Beer, or Belgian Wit; any one of those would be really quite nice. Weissbier (German Wheat Beer) is a good food beer. Its round and complex. The clove and fruity esters of a Weissbier are similar to the seasonings you would typically throw at seafood anyway. So they would really meld together quite well.”

Vegetarian (EG, capsicum, onions, mushrooms, olives, etc.): I’d probably go something Belgian because of that big, rich, bready character that you get from those beers. A Dubbel, a Tripel, a Bière de Garde; that’s probably the range that I would go with. Belgian Tripels are great. They have that sneaky, spicy quality, but the alcohol content is just enormous. But I think the delicate flavours you have from all the vegetables would tame some of the alcohol. A Tripel would really bring out some of the nuances of things like asparagus, olives, and mushrooms, and onions. All of those things would really blend quite nicely. I think it would be a really nice pair. 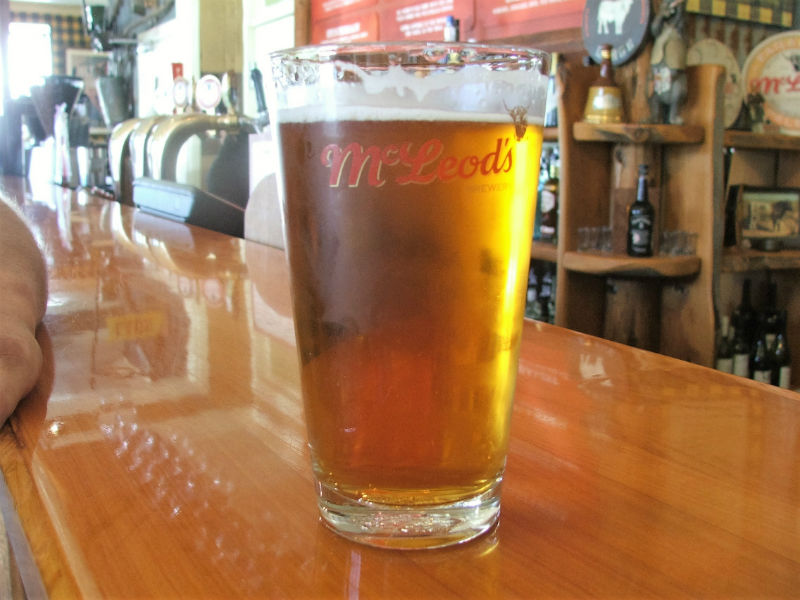 I asked Jason about how he decides which beers to pair with which foods. I wondered if it was simply something that comes from years of experience or if there was a method behind each pairing. He explained that in large part it comes down to “complement versus contrast”.

Bathgate explained that if there are flavours that could potentially have a negative impact on the palate (such as acid) then you want to contrast those flavours to mitigate their impact. Complementing, on the other hand, is when you accentuate a flavour to elevate its positive aspects, such as his example of using a smoked beer to bring out the quintessential qualities of ham.

This made me wonder why wine, has for so long, been the unchallenged king of the drink menu. Don’t get me wrong, wine is a wonderful beverage. It’s complex and rich with terroir. However, with the exception of a dessert wine, its value in a food pairing is its acidity. It cuts through the richness of a meal and cleanses the palate in the process.

In contrast, beer has a much wider range of pronounced flavours; malty, sweet, smoky, spicy, bitter, sour, bready, toasty, fruity, nutty chocolaty, and roasty, just to scratch the surface. Yet, with a typical PH of less than four and a half, all beer styles have an inherent amount of acidity, even the sweetest beer. Meaning that while beer can potentially cut through (or contrast) richness just as well as any wine, the variety of complements that you can achieve with beer are far greater than you’d ever be able to achieve with wine, thus suggesting that perhaps beer is being overlooked as the more perfect accompaniment to a meal.

So while the craft beer industry has been focused on ways to claim a greater and greater percentage of the macro-beer market, perhaps the wine market offers even more potential. Because as Jason Bathgate pointed out, wine cuts into flavour, making it in essence, go away; beer has the ability to both balance and accentuate the very flavours that a chef has strived to infuse into your meal. And at the end of the day, experiencing those flavours really is the point, now isn’t it?