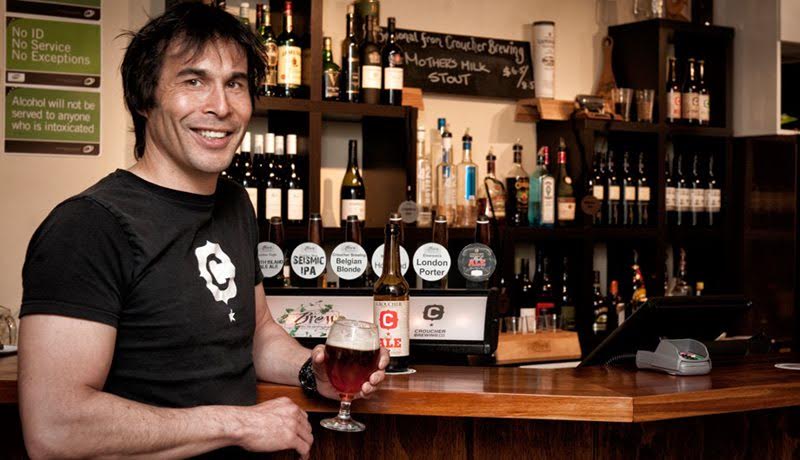 For several decades “craft beer” has been synonymous with big, bold, higher-alcohol styles such as IPA, Double IPA, Imperial Stouts, and more recently sour beer. But that seems to be slowly changing. As both the craft brewing industry and craft beer drinkers mature, there has been a rise in popularity of many classic, lower ABV (alcohol by volume), beer styles such as Pilsner, English Bitter, Brown Ale, and many more. But even beyond these classic session beers, many craft brewers have begun producing flavour-forward versions of “Light” or “Low Alcohol” beer; a segment of the market which was virtually untouched by craft brewers until recent years.

One such brewery is Rotarua’s Croucher Brewing Company, who won a Gold Metal and took home a Best-in-Class trophy at the 2016 Brewer’s Guild Awards, with their wildly popular Low-Rider IPA. Low Rider is a 2.5% hoppy ale that is brewed for the increasing number of craft beer drinkers who – as the bottle states – want to “keep a clear head, but do not want to compromise on hops”.

I had the opportunity to speak with the company’s owner and head brewer, Paul Croucher, to gain some insight into the different challenges and considerations associated with brewing such a unique beer. I began the conversation with the simple question: why brew low alcohol beer?

“It’s pretty multifaceted,” Croucher explained. “One of the inspirations for us was when we had an English brewer come in. He showed us all of the beers he was brewing in his pub and they varied from probably the high twos to the low fours [in alcohol percentage]. He couldn’t believe how strong the beers in the New Zealand and the U.S. craft beer industry were. He was coming from a publican’s perspective. Because if you’ve got a seven percent beer you’re only selling three of those. You’re not getting people staying, having conversations, and buying meals and what have you. And of course, we have become publicans and it’s important for us to be able to sell multiple pints. Don’t get me wrong, I love those strong beers and how much flavour you can pack into them, but we were quite keen to start brewing some low-er alcohol beers.”

He also explained that there was a legal factor: “With the low alcohol beer we’ve got an added incentive which is that by law every New Zealand licensed premises has to have a low alcohol option. That doesn’t mean a no alcohol option. It doesn’t mean a coke or orange juice, it means a low alcohol option (2.5% ABV or lower). So there really was a big gap in the market there as far as we could see. Basically everyone went for Amstel Light. That seemed to be the product of choice. All of the other beers seemed to be really insipid offerings just to fill that legal obligation. So we thought that we should be able to get more flavour in there and, after some playing around, we released Low Rider.”

But brewing a low alcohol beer is not as simple as it might sound. Malted barley, the alcohol it is converted into, and hops are the main contributors to a beer’s flavour. To produce a low alcohol beer one must typically remove a good percentage of the malt. When you do this you lose a good percentage of a beer’s flavour and body, and you offset how the malt sweetness balances with the hops. The result is often a thin, flavourless beer, that risks becoming too astringent. So it is no small accomplishment that Croucher has been able to produce a 2.5% ABV IPA-inspired beer [a style known for being intensely hoppy and full-flavoured) that has been so well received.

“We wanted to use a lot of Simcoe and Amarillo [hops] and get those nice tropical fruit notes in the beer,” Paul said, when describing their approach to crafting Low Rider. “If you can get that luscious, big, upfront fruitiness [in the aroma], it sort of sets you up for that first sip and makes you more receptive to the beer. That’s what we were aiming for there with those big American hops. We’ve only bittered the beer to 24 IBUs (International Bitterness Units) because with so little body you haven’t got that malt to carry that big bitterness. So it’s quite low bitterness, especially for an IPA.”

“And because we were leaving out so much of malt to get that low alcohol beer, we needed to use a lot of specialty malts,” he added. “We used five different malts total and as a result we got a beer with some nice caramel notes, without them being cloying or hanging out there too much. We use a high mash temperature, which creates a lot of unfermentable dextrins. And we use rolled oats as well to create a nice slick finish on the palette. It doesn’t feel too watered down; it doesn’t feel too weak at all.”

I asked Paul what he felt was in store for the still blossoming low-alcohol segment of New Zealand’s beer industry: “I definitely see a move towards low-er alcohol beers. I imagine we’ll get more of the 3% – 4% ABV beers in the market as people get more sophisticated. [Craft beer drinkers] have responded to the wow factor that you can get from powering so much flavour into these big beers. But I think they’ll start to get a bit tired of that in their everyday beer, and so these session beers are important.”

“With regard to the 2.5% [beers]. I’d like to see a growth in that category, but I’d like to see us holding on to that growth,” Croucher quipped. “Certainly Lion and DB have moved very strongly in that space as well. They’ve all got multiple offerings that are really good. So that category is going to start getting pretty busy, pretty quickly. Weather or not that becomes the domain of the craft brewer [remains to be seen]. I would hope it would be. But then again it’s nice having somewhat of a dominance in that area.”

Ultimately, low alcohol beer itself is nothing really all that new. In fact the tradition of low alcohol beers known as “small beers” dates back as far as medieval Europe when they were brewed as a safe alternative to potentially contaminated drinking water. More recently many nations (England being perhaps most notable among them) developed a number of low alcohol beer styles, such as Ordinary Bitter, Mild, and certain variations of Brown ale. All of which were famously full-flavoured and were regularly found around, or under, 3% ABV. However, with the rise of the industrial revolution and the mass-produced lagers that rose with it, most of these traditionally low alcohol styles were driven to near extinction.

But then, of course, we saw the modern craft beer movement re-introduce the world to full flavoured beer, and soon an IBU arms race had pushed the industry towards increasingly bold, bitter, and higher alcohol styles. But as is often the case, the pendulum is finally beginning to swing in the opposite direction. It would appear that both palate fatigue and changes in legislation have driven many creative brewers to begin producing craft versions of classic session beer styles or to create low alcohol versions of modern favourites such as IPA.

Whatever the case, it’s clear that the craft beer market is maturing. While the 7.5% IPAs and 10% Russian Imperial Stouts may impress us with their intense flavours, they are not typically the best beers to help us pass an evening down at the pub. Fortunately, thanks to pioneering brewers such as Croucher Brewing Company, craft beer lovers have an increasing number of ways to experience a fun night out, while still waking up feeling ready for another day.

Next post Saison: A Walk on The Wild Side