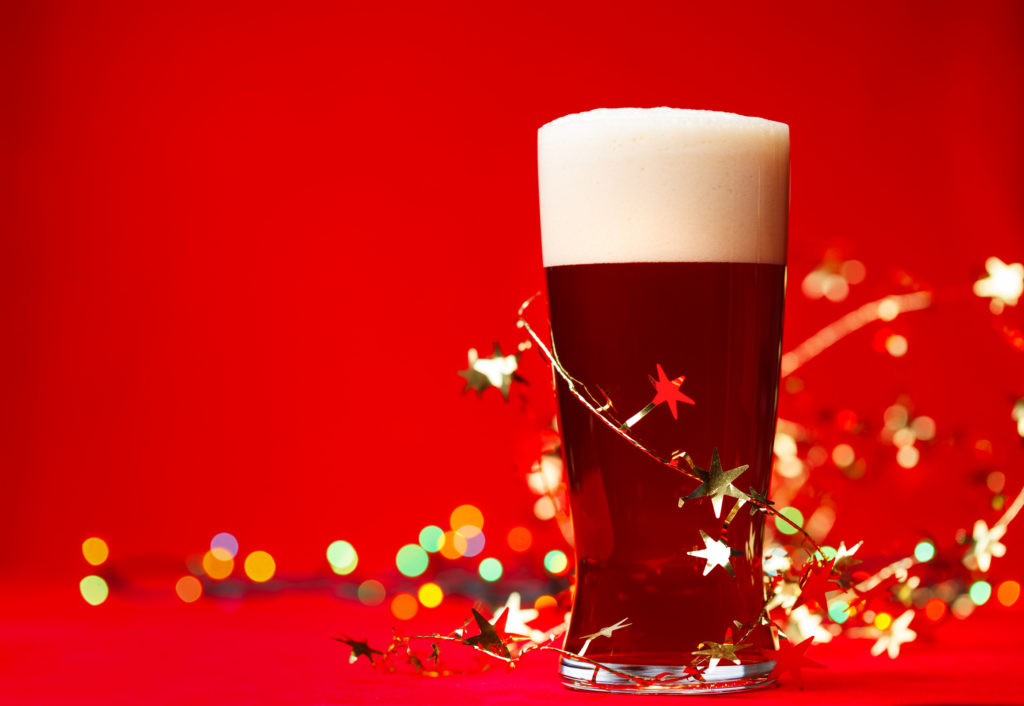 It’s that time of year again. The decorations are out, the shopping malls are packed, and our stomachs are already rumbling at the thought of the holiday feasts that lie ahead. But just as Christmas has its traditional fare, so too does the season offer up a tantalizing array of Christmas beers.

The tradition of brewing special beers for the holiday season dates back over one thousand years when the Vikings were first noted to have brewed a strong, malty ale for their Jul (or Yule) celebrations as a winter offering to Odin, Frey and the other Norse gods.

Many other nations around the world also have long standing traditions of brewing up special seasonal beers to celebrate the Christmas holiday, such as the UK, the US, and much of Scandinavia. These beers are typically higher in alcohol, are often spiced, and sometimes use an array of ingredients common to the fall harvest such as pumpkin and cranberry.

However, we here in the Southern Hemisphere – where we are more likely to celebrate Christmas with a backyard barbecue than we are to spend it clustered by the fireplace – do not have quite the same established relationship with Christmas beer. A 10% ABV spiced Barleywine does not quite go down as well on a hot summer afternoon, as it does on a cold winter’s eve.

That said, much in the same way that many New Zealanders embrace the wintery Christmas traditions of Europe and North America despite the arguably inappropriate weather, there are a few New Zealand Brewers that produce special seasonal brews for Kiwi beer drinkers that are in the mood for a bit of traditional holiday cheer.

One such Brewery is Blenheim’s award winning Renaissance Brewing Company, who’s “Abundance” Cherry Porter is one of the few locally brewed Christmas beers available in New Zealand. I had the chance to speak to their co-founder and Director of Brewing, Andy Deuchars, about “Abundance”, and to get his take on the style, as well as the unique considerations associated with brewing Holiday beers for the New Zealand market.

“A Christmas beer – Kind of like the rest of the Christmas fare – is your Holiday treat kind of thing,” Deuchars explained. “You’ve generally got a little more time to stay at home, do some fun stuff with family, and you get those feast foods that you don’t generally eat most times of the year. Nobody’s sitting down to a roast turkey with all the trimmings every Thursday or anything like that. So the Christmas beer is the beer world’s equivalent of the Turkey with all the trimmings, or your holiday ham kind of thing. Traditionally they are a little bit bigger, a bit richer, and a bit darker. Sometimes there will be some fruit or vegetable added. Pumpkin comes to mind for North America.”

I asked Andy about the challenges and considerations associated with making a Christmas seasonal beer for those of us in the Southern Hemisphere, who experiences Christmas at the peak of Summer. “New Zealand is fascinating,” he stated. “Christmas beers are kind of geared towards colder weather; at least for our cultural ways of looking at beer. But when it comes to their holiday food, New Zealanders kind of have a, we’ll just make [traditional food] anyway, kind of attitude. So they’ll have these hot Christmas dinners, where you’ve got turkey with all the trimmings, ham, roast, the holiday pudding… All the stuff, with traditions of North America and Britain in there. And they’ll just do it. Which is just fascinating.

“On the other hand, it is sweltering hot and culturally [our summer traditions] call for lighter beers, both in colour, body, and alcohol. It’s probably not the smartest thing to drink, giant, potent alcoholic beverages in the hot summer sun. Although in saying that, when people go – oh it’s summer here, it’s time for lite beers – my response is often, [what about] Nigeria? It’s the biggest Guinness drinking country there is and it’s literally Africa hot. That’s why I’m being clear to say, culture plays a part. Probably a bigger part than we realize.”

In light of the warm weather Kiwi’s enjoy in December, and given the cultural biases that Andy pointed out, I wondered about the thought process that goes into crafting a beer for this somewhat unique market. “There’s the two pronged thing,” he posited. “If you’re making a lighter style you’ll have to ask yourself, what’s a lighter style that still goes with the holiday? In that case you might opt for something with fruit, I would think… to give it a bit of exotic-ness, or to bring some richness to it; a strawberry wheat beer for example.  Something with the seasonal-ness of the fruit, and also something that’s light and easy to drink. There’s definitely that way to go.”

Deuchars explained that when it comes to brewing more traditional Christmas beers, it’s a bit easier. “I just ask myself, what’s a big, rich beer that I would like to have on my holiday table? And then I do that. Just pretend you’re in the Northern Hemisphere and go for broke. There can be some small technical challenges, but nothing that most of us aren’t up to. Things like how and when to add the [fruit] to the beer. If you’re going to barrel age it or something you need to know when to start [brewing] so you have it ready when you need it. It’s more marketing and sales that can be a problem sometimes. You don’t want it sitting around your warehouse for a long time. You want it out there in the shops and then into somebody’s refrigerator as soon as possible.

It’s this latter approach that Renaissance has taken with “Abundance”. “Abundance” is a 7.6% Baltic Cherry Porter, brewed annually for the Christmas season. A Baltic Porter is a somewhat unique variation on the Porter style.  Originally brewed by the countries bordering the Baltic Sea, it tends to have the malt flavours reminiscent of an English porter and the restrained roast of a schwarzbier, but with a much higher alcohol level than either. It’s a complex dark beer that is typically mellow and smooth rather than acrid like a stout. 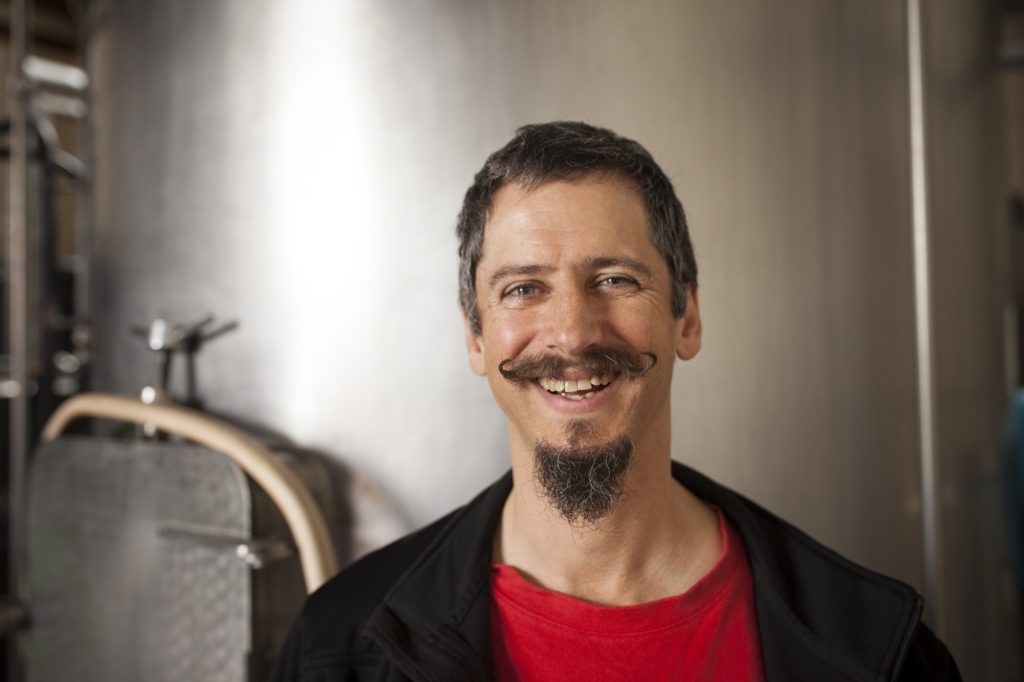 “A while back we decided that we wanted to do a Baltic Porter. And then we thought, what can we do to make it a bit more Christmasy?” And that’s when we decided on the cherry. Being here in Marlborough we thought, great, we’re lucky… there are all kinds of cherry orchards around us. However, the cherries that you use in beer are sour cherries. And everything that grows here is sweet cherries, which leave a really subtle cherry flavour once you get it into your beer.  So what we ended up using is a concentrated sour cherry juice that’s imported.  The nice thing about [the imported juice] is that it’s just pure concentrated cherry juice. There’s nothing added to it at all. I didn’t want to use cherry essence or something like that. So I get to be a little bit of a purest in that way. The downside is that it’s really expensive. Oh man.”

Cynicism (and religion for that matter) aside, Christmas is a magical time. It’s a time of togetherness, and joy, full of little reminders of all the good that is around us. And while Christmas beer may not be as well established, or as significant, as many of our Christmas traditions. It is a very well established one that stretches across much of the globe, and one that is regrettably not as celebrated here in New Zealand. But thankfully there are a few sentimental brewers (such as Renaissance) that embrace the holiday season and offer a Yuletide seasonal brew for those who cherish the holiday traditions and the nurturing of spirit, and social bonds they reinforce.