This article was originally published in the April issue of Hospitality Business Magazine.

I must admit that when my editor assigned me with the ambiguous topic of “Asian Beer” for this month’s column, I was a bit daunted. Aside from the odd rice-based lager that I occasionally order to wash down the Sake at my local sushi restaurant, my mind went a bit blank when trying to conjure up my preconceptions of what “Asia” was really bringing to the table when it came to beer, let alone craft beer.

But, perhaps this common ignorance should be of no surprise given that the first Asian brewers to officially dough-in, did not do so until as late as the mid-eighteen hundreds. Since rice is the favored grain throughout virtually every Asian country, rice-based wine’s and distilled spirits were the libations of choice from Tokyo to Vietnam. Beer, as we know it, simply was not produced in the region until the first European brewers set up shop in India to satisfy the needs of English colonists and the booming trade between India and Britain.

Somewhat ironically, (given its current popularity), India Pale Ale was the first beer commercially brewed in the Orient. India’s namesake beer – with its higher-than-average ABV and hopping rate – was first produced in England (in part) to better withstand the long journey by ship to the British Empire’s emerging market in India. It was only a matter of time until entrepreneurial India-based brewers took up their mash paddles and started producing the popular beverage locally.

With the industrial revolution right around the corner, and with corresponding advancements in brewing and refrigeration technology, lager beer soon became the beer of choice in the region and has steadily grown in popularity throughout nearly all Asian countries. The second half of the last century saw an explosion of trade with the west, and as a result most Asian beer markets seem to have evolved similarly to the lager-centric macro-breweries of the west.

Somewhat shockingly, western-style craft beer only began to gain isolated popularity in Asia within the last decade; with many Asian countries yet to embrace it in any significant way. Chief among the countries, where craft beer seems to be gaining the most ground, are China, India, and Japan.

Realizing that I had to rectify my ignorance of the orient’s craft beer offerings, I reached out to Kumiko Hotta, from Japan’s Kiuchi Brewery, one of the few Asian craft breweries to at least occasionally export to New Zealand.  I asked her if she could give me a better sense of the presence and popularity of beer in both Japan and Asia in general, as compared to the west. 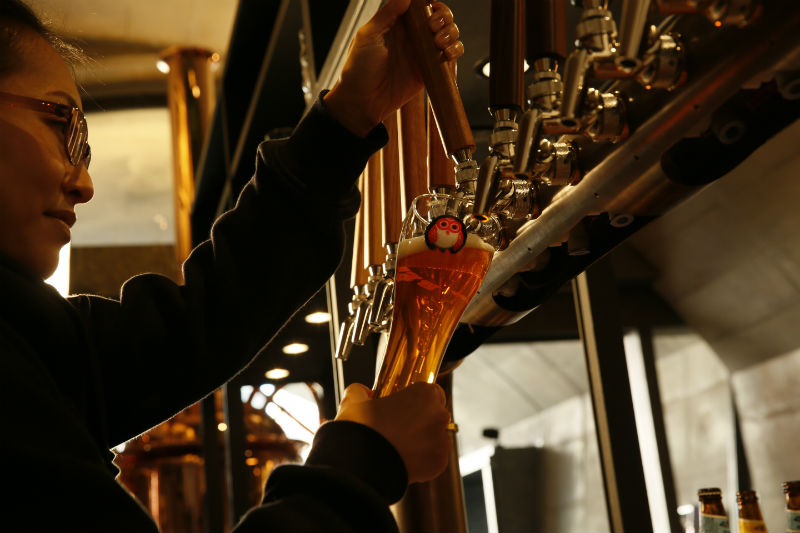 “Beer in Japan, used to be dominated by just four breweries,” Kumiko explained. “These are Asahi, Kirin, Sapporo, and Suntory. We began brewing beer in 1996, but we’ve never been popular in Japan. We largely export to the United States. It’s only been in the last two years that the craft beer movement has really come to Japan. So it’s just started really. Before that, nobody knew about us in Japan, but we’ve been big in America. So it’s been quite interesting.”

I asked Kumiko about the state of craft beer throughout the rest of Asia: “We export to Korea, Hong Kong, Singapore, Malaysia, Thailand and the Philippines,” she explained.  “But I think craft beer is really more of a luxury item in most Asian countries. In America and Europe [craft beer] is expensive, but it’s not really for the posh. But in much of Asia, I think it is. That’s the difference I think.” She also noted that American, Australian, and British expats living in places like Singapore and Bangkok were major contributors to the craft market in those, and other similar areas.

Hotta elaborated: “Japan has always been half indie. A lot of independent shops still survive in Japan. I think we have the kind of attitude to support independent business, so I think the craft beer movement really comes quite naturally to Japan. But I don’t think many Asian countries share that. I think maybe that’s a cultural difference.

Kiuchi Brewery began in 1823 when the Kiuchi family began brewing the still popular Kikusakari brand Sake. I asked Kumiko how their company evolved to include their Hitachino Nest Beer brand. I wondered if there was any part of the Sake making art or spirit that has made its way into their beer, or if the expansion was a result of trying to match the changing demands of the Japanese consumer: “I think at the time [Hatichino Nest was founded] all the Sake brewers were suffering financially because people no longer drink as much Sake and also because sake is only brewed during the winter. So nothing is really happening during the summer. I think they wanted to bring in some additional business. And at the time there were changes in taxation, and companies were allowed to brew small batches with lower tax. So it was good timing to start the brewery. A lot of breweries started [in Japan] right around that time.”

“Japanese Sake has always got to go with food,” Kumiko added. “That is the idea with Sake. And I think the same is true of our beer. We always think about food first, and then make a beer. And Japanese food is quite delicate, so I think those overly hopped beers [popular in the US] never go with Japanese food. We always wanted to make something quite delicate and balanced, which I think is the reason we didn’t go IPA.” 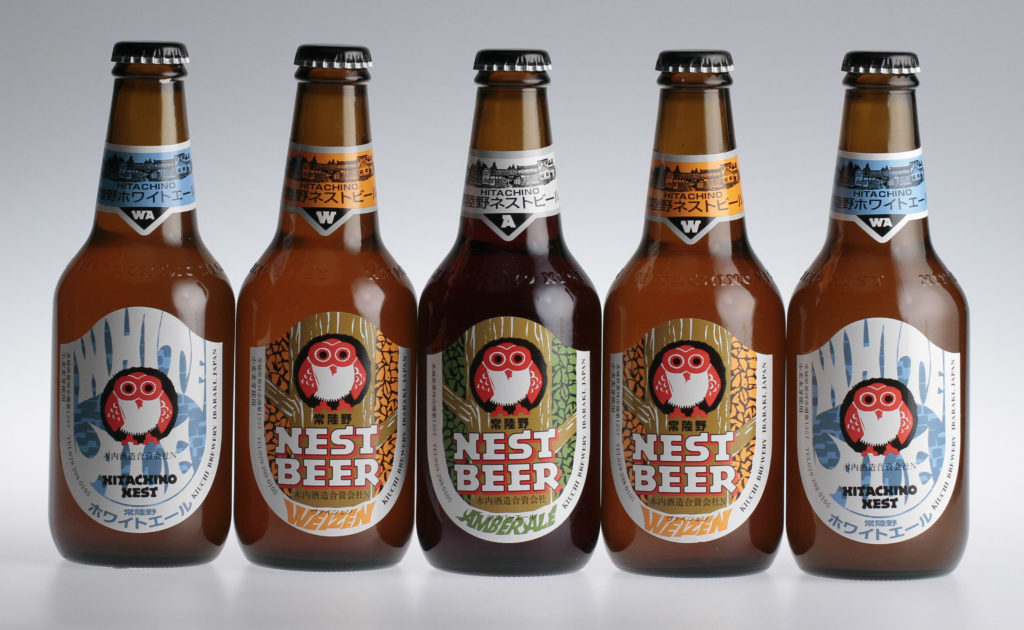 This focus on balance rather than intensity certainly seems evident when looking over the stable of beers in the Hatichino Nest lineup. I was surprised to learn that their “Hatichino Nest White Ale” was their best selling beer and also marked the beginning of their brand’s popularity in the US and other markets abroad. “Hatichino Nest White Ale” is a Belgian-style Witbier with orange peel, coriander, and nutmeg, this seemed an unlikely flagship beer from Japan’s top craft brewer, and yet completely consistent with the stated attitude and goals of the brewery.

Another example of Kiuchi’s eclectic offerings is their “Saison du Japon”; farmhouse ale brewed with Koji Rice and Yusu citrus. The rice first undergoes a primary fermentation using the microorganisms traditionally used in the making of Sake. Thus making it a beer in the style of a Belgian Saison, while also being uniquely Japanese.

“It’s all in the history, isn’t it?” Kumiko mused, when discussing the evolution of craft beer in Japan and Asia, as compared to traditional brewing nations like England and Germany. “Europe has so much history as a background, so it’s going to be quite interesting. But in Asia, particularly South East Asia, I don’t know how they are going to develop. It’s more like mimicking right now. Everybody asks what craft beer means [to Japan]. We don’t know, and we don’t really care. We’re just trying to make good beer. That’s our attitude now. Japan is quite lucky to have a strong cultural background, but many Asian countries are still developing culturally. So we’ll see.”

One of the things I personally appreciate most about beer is that when you take a sip, you are not just tasting a beverage that is perhaps malty, perhaps bitter, perhaps golden or black. Rather, you are tasting hundreds of years of tradition; in some cases the very origins of human civilization. But you are also taking in the art and evolution of a culture that is living/breathing/changing right before our very eyes. My conversation with Kumiko, and a deeper look at what I previously thought was a fairly barren Asian craft beer landscape, has certainly broadened my perspective.

There is no doubt that the Asian craft beer scene is still in it’s infancy, but if pioneering breweries like Kiuchi continue to display the kind of innovation and force that we are accustom to in other industries throughout Japan and Asia as a whole, exciting change is certainly ahead. We shall see indeed.