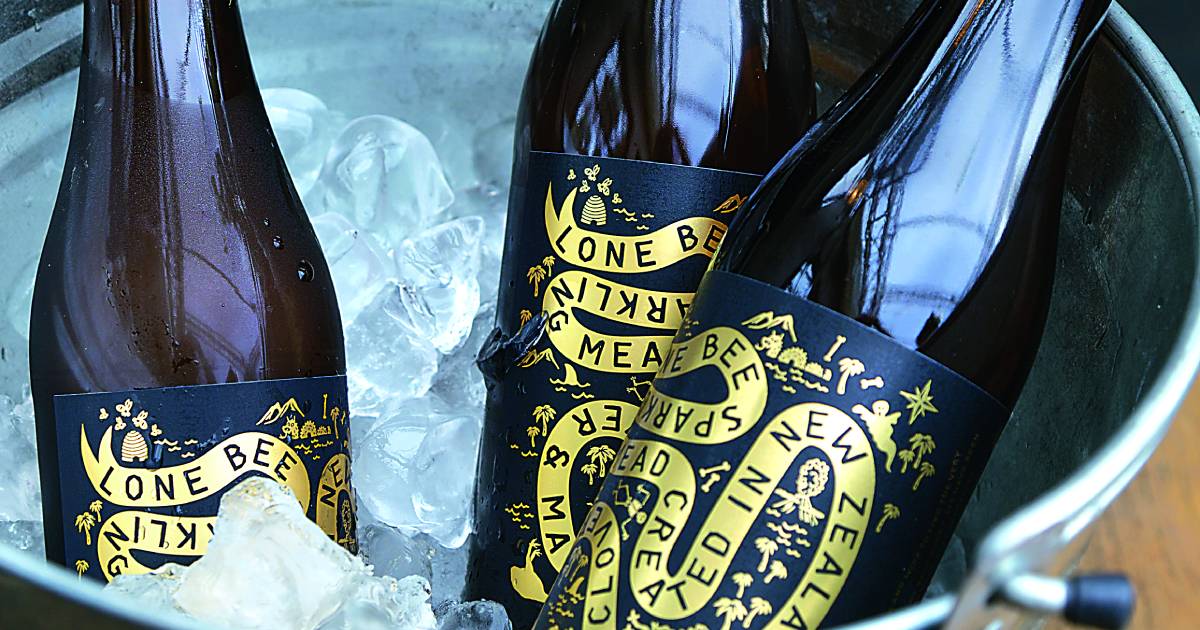 This article was originally published in the May issue of the Shout NZ.

There is an age-old debate between beer and wine fans about which came first, beer, wine, or mead (honey wine). It seems every few years a new archaeological discovery bequeaths the trophy from one to the other, while pushing back the date when humans first began producing alcohol by thousands of years. While we may never know for certain which actually came first, there is no doubt that mead is one of the oldest alcoholic beverages on earth. As things currently stand, the oldest known production of mead dates back to 7000 BC, in northern China, where residue from a honey and rice-based fermented beverage has been found in ancient pottery vessels. In Europe, similar evidence of mead production has been found on ceramics that are approximately 4000 years old.

It should, perhaps, come as no surprise that mead has such ancient origins. In its simplest form, mead is nothing more than honey, water, and yeast. Honey itself will not ferment unless the moisture content is above 19%. However, should a beehive fall victim to a rainstorm or flood, (with the help of the wild yeast already present in most honey) Mother Nature herself can brew up a batch of basic mead.  This divine beverage was no doubt discovered many thousands of years ago, by some fortunate Paleolithic forager, thus beginning an intoxicating relationship between mead and mankind; a relationship that has persisted throughout the ages.

Despite its ancient and Asian origins, it is perhaps the European Middle Ages that are most synonymous with Mead. Mead was common across Medieval Scandinavia, Gaul, and Teutonic Europe, especially in the northern countries where grapes did not grow well.  It is mentioned throughout many Norse legends and medieval tales, and romanticized in literature such as the Book of Taliesin, the Mabinogion, and Beowulf. In this tradition, we also find references to Mead in more modern stories like the Lord of The Rings and Game of Thrones. To many, Mead is perceived as the favourite drink of Vikings and Kings.

For a beverage that has been so significantly intertwined with human history, it is surprising that it is so uncommon in our bottle shops. It’s especially surprising here in New Zealand, where we are so renowned for our honey. Ask a room full of people what they know about mead, and you’ll be surprised by how many have never even heard of it, and still fewer have had the opportunity to try it. When they have, more often than not, it’s been home-brewed, and is often of questionable quality – a fact that has not helped Mead’s reputation.

Despite the fact that Mead is technically a wine, its popularity has risen on the back of the craft beer movement, particularly in the US and the UK, where it has been embraced by an increasing number of younger drinkers and craft beer fans. Mead has become one of the fastest growing segments of the alcohol industry in the US, and has seen approximately 10% annual growth in the UK. Unfortunately, Kiwi drinkers have not yet taken this same interest in the honey-based beverage. However, there are a few signs that change may be on the horizon.

Historically, there have only been a handful of Mead producers in New Zealand. And even some of the largest of them (such as Bemrose Estate) are only producing a few thousand litres each year. However, the introduction of “Session Mead” (Lower ABV and typically carbonated) may just be the key to unlocking the commercial potential of Mead here in New Zealand. In 2017, “Mac’s New Zealand” released “Love Buzz”, and soon after the independent producer “Lone Bee” released a sparkling mead. Both meads were session strength, and aimed at beer and cider drinkers rather than the wine market. While “Love Buzz” was initially a special release, it has gone back into production, signifying that the demand is there, and “Lone Bee” has already surpassed the production volume of some of New Zealand’s long established Meadaries, in just a few short years.

Only time will tell what the fate of New Zealand Mead might be. But given the reputation and unique characteristics of New Zealand honey, coupled with Mead’s export potential, there is every reason to expect that Mead might experience a similar boom to the one that US and UK Mead producers have seen in recent years.

For a drink that is traditionally made with just honey, water, and yeast, Mead is incredibly varied. Across the globe and throughout the ages, Mead has been made with the addition of a huge array of ingredients.  Its alcoholic strength can range from low to incredibly high, and Mead’s finish can range from dry to sweet, or even bitter, depending on the ingredients added. Let us take a look at some of the different style categories of Mead, to better help you understand and evaluate this under-appreciated, and often misunderstood, beverage.

A traditional Mead is made using nothing other than Honey, Water, and Yeast, though most Mead makers will also add nutrients to help with fermentation. Traditional Mead truly showcases the variety of honey used, and as such flavours can vary dramatically. Whereas the “vintage” is the hallmark of a good wine, the honey variety and terroir is the hallmark of a good Mead.

There are several sub styles within the traditional Mead category, the most significant of which, is based on the degree of sweetness in the Mead. They can be categorized as sweet, semi-sweet, and dry. They are also categorized by alcoholic strength. A “Hydromel” is the least alcoholic of the sub-styles, clocking in at under 7.5% ABV. A Standard Mead ranges between 7.5% and 14% ABV. And a “Sack Mead” is anything above 14% ABV.

Any Mead that contains herbs or spices is called a Metheglen. These may include spices such as cloves, nutmeg, cinnamon, meadowsweet, lavender, chamomile, or even hops, just to name a few. Coffee and Chile Meads also fall within this category. The flavour impact of these herbs and spices may range from subtle to strong, but they should always remain in balance with the honey and never stifle its character. Metheglen was the favourite brew of many a medieval Mead Maker.

A Melomel, is a Mead that is made with the addition of fruit. Melomels are a very popular style of Mead, and are commonly made with virtually every type of fruit one can imagine. This includes, but is in no way limited to, strawberry, cherry, blueberry, blackberry, pineapple, and even prickly pear cactus fruit. Just like a Metheglen, the key to a good Melomel is to find the perfect balance between the best qualities of the fruit and the natural flavours and essence of the honey.

While a Session Mead is technically just another name for a Hydromel, it’s worth mentioning it as its own unique category because of how it has emerged in the market place, which is as an alternative to beer and cider, rather than as a variation on wine. Traditionally, most Meads are fairly high in alcohol, and are very often sweet. Mead is meant to be sipped and enjoyed slowly. It could be argued that because of Mead’s perceived sweetness (often even when there is no residual sugar actually left), it tends to be less popular as an accompaniment to a meal. This is perhaps part of the reason that Mead has struggled to make a splash in the wine market. However, by lowering Mead’s ABV, and adding carbonation to aid in balance and “digestibility” (to borrow a term from the Belgians), Mead becomes a beer alternative rather than a sweet wine. The hope of many Mead makers is that these changes will open up the category, and increase awareness amongst a much wider, and more receptive audience.

The challenge to making a good Session Mead is to produce a mead that is lower in alcohol while still being complex. A Session mead should express the qualities of the honey varietal used, and avoid being flabby or thin due to the lower volume of honey used in the process.

Second only to grape wine, Mead is a beverage whose quality is greatly based on the varietal, and terroir. As a country that produces some of the greatest honey in the world, there is no question that New Zealand should be known as one of the greatest Mead producers in the world. While we have not earned that reputation yet, a few creative, and passionate artisans and entrepreneurs are making headway. Alas, it all comes down to the consumer. So by all means, dear reader, go out and try some Mead. You won’t be sorry you did.