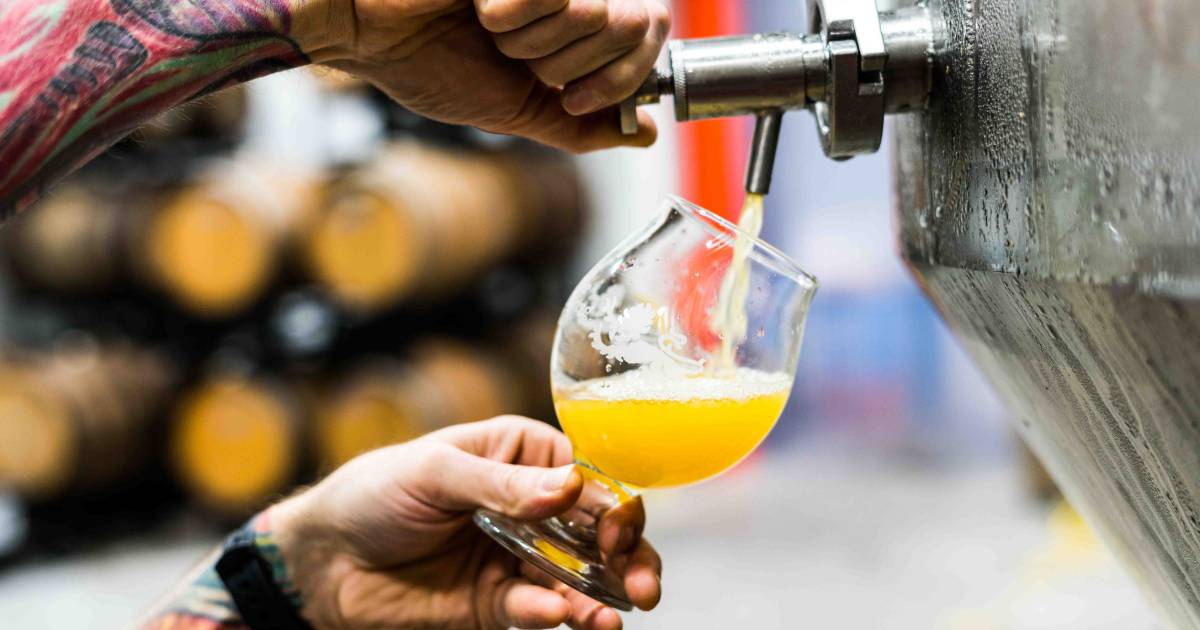 This article was originally published in the April edition of the Shout NZ.

Since the very beginning of the craft beer explosion, the IPA (India Pale Ale) has been the most popular (and best-selling) of craft beer styles. One only needs to add those three little letters to the name of their beer and suddenly sales will skyrocket. A “Session IPA” will typically sell better than a boring old “pale ale”, and where an “American Brown Ale” might garner a few fans, a Brown IPA will fly off the shelves. As such, it should be no surprise that commercial brewers are always experimenting with ways to come up with some new variation on the popular IPA style; all but guaranteeing some degree of commercial success.

Historically, the India Pale Ale was a strong, hoppy beer that was built to withstand the long sea voyage between England and India. The beer’s higher-than-average ABV, and the large amount of bacteria-inhibiting hops added to the brew helped stave off spoilage. As pragmatic as the beer’s origins may have been, the style caught on and its popularity has persisted into the modern age.

In the early days of the current craft beer movement, the world saw three distinct variations on the style: The English IPA, the American East Coast IPA, and the American Westcoast IPA. The English and East Coast IPAs were fairly similar beers; the primary difference being the use of domestic malt, hops, and yeast, as well as the differing water profiles, respectively. But as the American North West (Oregon, Washington, Idaho) became known as a premier hop growing region of the United States, more and more aggressively hopped IPAs – with increasingly experimental hop varieties – became a signature of the West Coast style. As the hoppy West Coast IPA exploded in popularity, the herbal and piny notes of English and East Coast IPAs were replaced by citrus, floral, and (eventually) tropical fruit flavours and aromas. Before long an IBU (International Bittering Unit) arms race was in full swing, as brewer after brewer competed to cram increasingly obnoxious amounts of hops into their beers as a way of capturing the attention of the market.

As the craft beer industry continued to evolve, so too has the IPA. With each year, more and more variations of the style emerge. We’ve seen Black, Brown, Red, White, Belgian, Session, Double, Triple, Quadrupel, Sour, Bretted, Fruited, Hazy, smoked, and even (ehem) “Milk Shake” IPAs appearing on the shelves of bottle shops the world over. But it is the fairly new “Brut IPA” that is the fizzy yellow darling of the day.

The Brut IPA comes as, perhaps, a response to the incredible popularity of the New England (Aka ‘Hazy”) IPA. The New England IPA emerged in the early 2000s, with the introduction of “Heady Topper”, from the Alchemist Brewing Company in – as its name would suggest – New England. These notably hazy IPAs are known for being fruity, “juicy”, less bitter, and having a sweeter finish than a traditional IPA. The high hopping rates of these beers and the fact that they are packaged and served with yeast still in suspension (to a degree), made them beers best brewed locally and served fresh. The hard-to-get nature of many of these beers led to a fanaticism that has made the New England IPA a target for traditionalists. In the wake of this love-it-or-hate-it New England IPA came the Brut IPA. A bone dry, champagne-like counterpoint to the sweet and juicy NEIPA.

First created in 2017 by Kim Sturdavant, the brewmaster of Social Kitchen and Brewery in San Francisco, the popularity of the Brut IPA has spread rapidly around the globe, including here in New Zealand. Named “Brut” after the driest style of Champagne and sparkling wine, the definitive characteristic of the Brut IPA is the total lack of malt sweetness.

The typical Brut IPA is a pale golden colour, loaded with new world hop aromatics, slightly hazy, and bone dry. But it is the lack of malt sweetness that makes this style so unique. All barley and wheat-based beers have some degree of residual malt sweetness; the result of sugar molecules that are too large for brewer’s yeast to consume. If a beer is higher in alcohol, it means more grain is used to make the beer. The more grain, the more residual sugar. Often this simply translates into more body and mouthfeel, but it can also produce a beer that is cloying and sweet. Or, in the case of Light American Lagers, a beer that is less “poundable”, or richer in carbohydrates, than consumers want. Brewers often remedy this by adding the amyloglucosidase enzyme to either the mash or the fermenter. This enzyme breaks down those residual sugar molecules, making them smaller, and thus more easily consumed by the yeast.

Sturdavant had been using amyloglucosidase in his Triple IPA for a few years before it occurred to him to try adding it to his traditional IPA. He finally gave it a shot, and the result was a unique, Champagne-like, ultra-aromatic IPA, that was surprisingly drinkable (or “digestible” as the Belgians would call it) given its 7% ABV. Soon this new “Extra Brut IPA” (soon shortened to just “Brut IPA”) was the toast of San Francisco’s beer scene. It wasn’t long before breweries around the world were trying their hand at brewing this new, and much sought after style.

There are a few keys to brewing a good Brut IPA. Chief among them is how and when to use the amyloglucosidase enzyme. Some brewers choose to use the enzyme in the fermenter. This allows the enzyme to completely break down the complex sugars and results in a very dry beer. However, many brewers choose to add the enzyme to the mash, thus denaturing it in the boil and preventing it from continuing to break down sugar molecules. The limited exposure tends to leave a slight amount of residual sugar, producing a dry beer with a bit of additional structure and mouth feel. Additionally, it is common for brewers to use a large quantity of corn, wheat, and/or rice. These grains are more fermentable than barley and can often contribute a complimentary creaminess as well as help with head retention.

Last but certainly not least, are the hops. A traditional IPA relies on a considerable amount of hop bitterness to balance the malt sweetness typically present in a 6% – 7.5% beer. That bitter balance is also a definitive aspect of the style. However, because that malt sweetness is absent in the Brut IPA, less bitterness is needed to produce the ideal balance. As such, brewers tend to favour adding hops near the very end of the boil and/or as the wort (unfermented beer) is cooled. “Late hoping” like this extracts hop flavours and aromas, without as much of the bitterness. A considerable amount of hops are also added after fermentation has completed to produce even more intense hop aromas and flavours. While the style is still very much in it’s infancy – and as such – no doubt likely to continue to evolve – so far we tend to see brewers favouring the use of new world hop varieties, which lean towards citrus, melon, and tropical fruit as opposed to the herbal, floral, and pine-like qualities of old world hops.

Hops are particularly prone to oxidation. Beautiful grapefruit and passion fruit flavours can quickly turn into cardboard as a beer ages; sometimes within just a matter of weeks depending on the care taken at packaging. So, as is the case with nearly all hoppy beer styles, fresh, locally brewed IPA is always going to taste best. Fortunately you won’t have to fly to San Francisco to get yourself a world-class example of the style.

One of the first to jump on the Brut IPA bandwagon in New Zealand was Auckland’s Urbanaut Brewing Company with their “Copacabana Brut IPA”, a dry, effervescent IPA, with pleasant aromas of peach, melon, mango, citrus and more. Another Kiwi-brewed Brut, worth seeking out, is 8 Wired’s “High Society Brut IPA”, a 7% ultra-dry, American-style Brut IPA, brewed with a blend of six different New Zealand and US hops. Finally, for those who want to try a super charged version of the style, keep an eye out for Epic Brewing Company’s “Thirteen”, a thundering 15% ABV Quadruple Brut IPA that was brewed to celebrate the breweries 13th anniversary.  And, according to the popular beer review site “untappd”, it happens to be the highest rated Brut IPA in New Zealand.