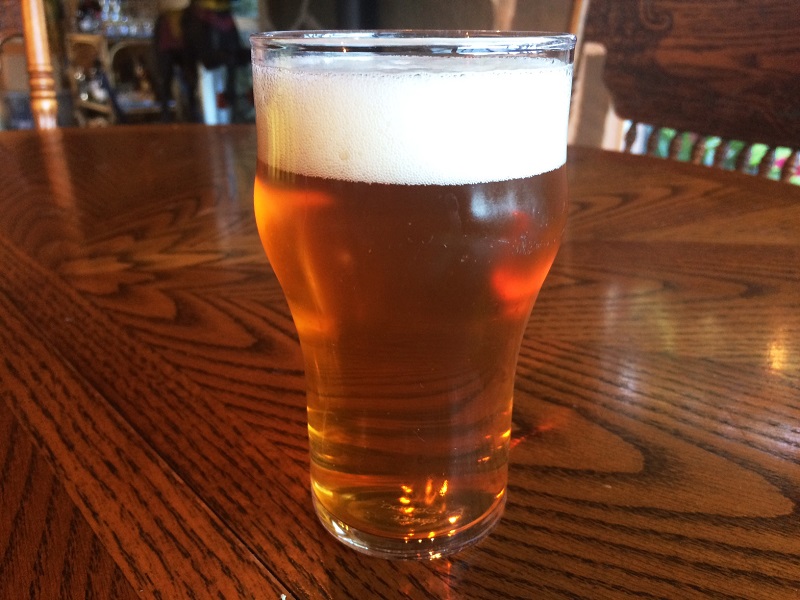 My ninth brew for “Project NHC” was part of a brew-off at my local homebrew club up in Kerikeri. About six of us decided we would brew a clone of Fuller’s London Pride (a Best Bitter) to see how variations in our brewing process affected the final product. The recipe was taken direct from an interview with Fullers, however there was a bit of a miscommunication about Lovibond vs. EBC when ordering ingredients, and the long and short of it is that the crystal malt we used was about 35L when it should have been 70L. This resulted in a beer that, while similar to London Pride, did not have that signature British crystal malt flavour.

What I ended up brewing was a good beer. But I do have some concerns that the judges may find this to be a bit lacking on malt character for style. I think it can still fairly be called an English Bitter; but just barely.

There was also a miscommunication about base grain volume which would have led to a higher ABV beer. Not wanting to veer from the recipe that everyone was using, I decided to brew this BIAB and intentionally remove the bag without letting all of the sugars have time to rinse out. This way I was able to hit my target ABV without veering from the recipe itself.

Finally, Northdown hops were not available and so we substituted them with Challenger.

From the BJCP 2015 guidelines: “A flavorful, yet refreshing, session beer. Some examples can be more malt balanced, but this should not override the overall bitter impression. Drinkability is a critical component of the style.”

July 2nd: Added Williams Warn clarifying agent last night. Looks reasonably clear. Lighter in colour than I had hoped. Aroma is slightly fruity with a low earthy hop aroma. A little less caramel and malt than I had hoped for, but it still tastes like an English Bitter. Medium/light body and very drinkable. No detectable flaws. If anything it’s too clean.

October 26th: Tasted one of my few remaining bottles to see how it held up for the coming competition. Aroma of light caramel, honey, and a touch of earthy hops. Flavour is clean, caramel, and low earthy hops. The beer has held up well for all these months in a keg filled bottle. No off flavours. I still feel that this is a well brewed beer, that while technically still in style, may be dinged for being too light in colour, and/or to mild and clean for a Best Bitter. If anything, age has helped bring out some of the caramel flavours that push it closer into style. Nice, easy drinking beer though. It was popular with my friends and the keg kicked fast.