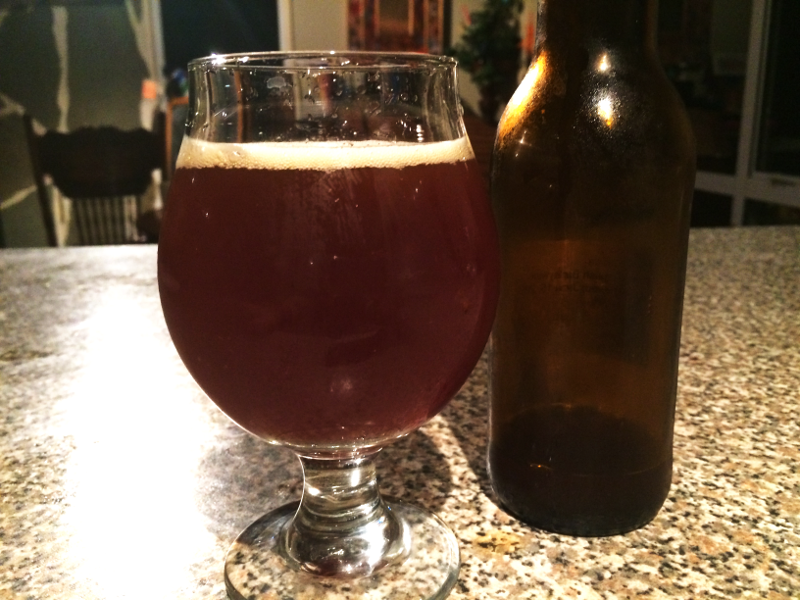 My 10th brew for “Project NHC” is an English Barleywine thatI brewe as part of a traditional Partigyle almost a year and a half ago. The beer won a 43 point silver medal at just 5 months old and I have high hopes for it this year, as I feel it has matured into a beautiful example of the style.

<strong>Here’s what the BJCP has to say about category 17D, English Barleywine:</strong>

<strong>From the BJCP 2015 guidelines:A showcase of malty richness and complex, intense flavors. Chewy and rich in body, with warming alcohol and a pleasant fruity or hoppy interest. When aged, it can take on port-like flavors. A wintertime sipper.”

This recipe was brewed as a partigyle. I am giving the total grain volume. But from that grain I pulled 14L of finished Barleywine as well as a 19L batch of Ordinary Bitter.

July 2nd, 2015: Added Williams Warn clarifying agent last night. Looks reasonably clear. Lighter in colour than I had hoped. Aroma is slightly fruity with a low earthy hop aroma. A little less caramel and malt than I had hoped for, but it still tastes like an English Bitter. Medium/light body and very drinkable. No detectable flaws. If anything it’s too clean.

October 26th. 2015: Tasted one of my few remaining bottles to see how it held up for the coming competition. Aroma of light caramel, honey, and a touch of earthy hops. Flavour is clean, caramel, and low earthy hops. The beer has held up well for all these months in a keg filled bottle. No off flavours. I still feel that this is a well brewed beer, that while technically still in style, may be dinged for being too light in colour, and/or to mild and clean for a Best Bitter. If anything, age has helped bring out some of the caramel flavours that push it closer into style. Nice, easy drinking beer though. It was popular with my friends and the keg kicked fast.

November 16th, 2017: I have now entered this beer in New Zealand’s national homebrew competition for three years in a row. The first year it won a silver medal, the second year it won a bronze, and the this year it won another silver. Beer still tastes great two and a half years since being brewed.

Medium and dark crystal is essential for a classic English Bitter.