A Tastier Shade Of Pale… 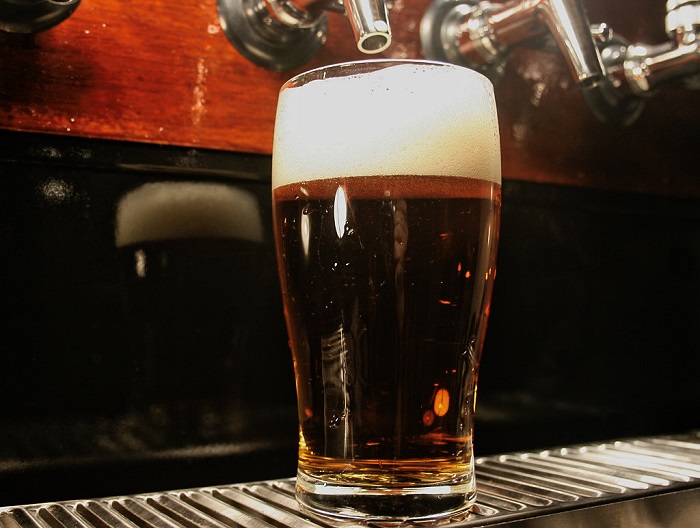 Without question, the craft beer world is one of extremes. If a beer is known for being hop balanced, an IBU arms race is sure to ensue. If a style is known for it’s high alcohol content, yeast labs will soon be creating new alcohol-tolerant strains to allow brewers to push their creations up into the ABV stratosphere. It’s just the way it is. Craft beer lovers enjoy craft beer because it’s unique, bold; different. The way to stand out as a craft brewer is often to take the efforts of those who have brewed before you, to the next level.

Even the tried-and-true Pale Ale has been pushed into and beyond the classic limits of the style. Once a beer that was more or less craft beer’s answer to the simpler tastes of the macro-beer drinker, the style has continued to creep ever closer to the outer limits of it’s very definition. It would seem that more often than not, when one orders a pale ale, what they get is a sometimes pale (sometimes not-so-much) ale, bursting with hop bitterness and aroma, more akin to what might have been expected of a traditional IPA (India Pale Ale).

At the same time IPAs seem to be exhausting the limits of bitterness and high alcohol levels.  Thus we are left with a landscape in which the only new territory for brewers to explore is that of subtlety and lower alcohol levels. Hence, we see a rise in the popularity of the “Session IPA”.   A beer that has the hop forward qualities of an IPA, but strives for the easy drinking, or “sessionable” quality, of the less alcoholic pale ale.

So we have a bit of an odd scenario where two of the craft beer world’s most popular beer styles have somewhat converged. If not by literal definition, at least in terms of how many breweries are interpreting them.

I asked Renaissance Brewing’s head brewer, Andy Deuchars, to help shed some light on the evolution of the style over the last few decades and to help define the line between Pale Ale and Session IPA. I wanted to know how one could, or perhaps should, differentiate between the two styles. 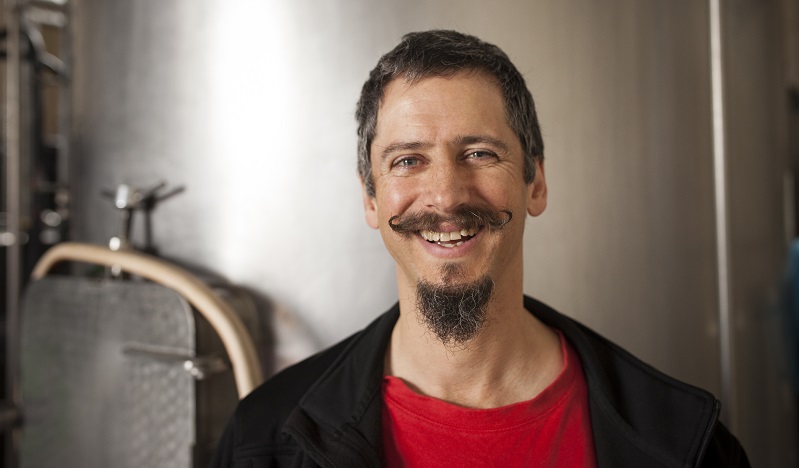 “There has been quite a bit of evolution,” Andy agreed. “When Renaissance started, we had what I like to call an English-style pale ale. Hops were used more for bitterness and to add just a little bit of flavor and aroma.  Our goal was really just to get that balance and bitterness out of them. It was fairly successful, but as time went on — ­ especially here in New Zealand —  people started to like what we call the APAs (American Pale Ales), where the fruitiness of the hops — those nice, fruity, flowery, citrusy, piney flavors — were much more forward. The bitterness being a bit more subdued in the background. You might have the same amount of hops, but you add them at different times. So instead of getting bitterness you’re getting flavor. That led on to the big IPAs, the double IPAs, the imperial IPAs, and then the double Imperial IPAs.”

Andy went on to explain that at the same time that brewers were creating bigger and bigger beers, with increasingly intense hop profiles, the drinking culture in New Zealand was heading towards a bit of a wakeup call.   “Between the lowering of the alcohol driving limits and publicans starting to express that they’d like to sell more than just one pint of beer per customer in an evening, there was suddenly a call for the session IPA and the alcohol levels were put into reverse.   However, brewers still tried to keep the hops up there. Now you’ve got this weird netherland of session IPAs that might have the same bitterness level of a pale ale, but are perhaps a bit more hop forward like an IPA.”

When pressed to try and draw a technical distinction between the two styles, Deuchars said cautiously, “It’s really up to each individual brewer to say. All I can offer is my own personal opinion. But to me, let’s say, a pale ale is a bit more balanced. It’s got the hops there for bitterness, a little bit of hop aroma and flavor, and it’s a nice easy drinking beer. While your session IPA might have the same bitterness, or even the same alcohol level, it has a bit more of those late hops. The dry hopping is higher. It’s a bit more of a poke in the eye with the hops, rather than the more balanced kind of thing that your average pale ale would be.”

I asked Andy if he felt that the average pale ale on the market fell within the established style limits. “There are a lot of pale ales that definitely flow over into the session IPA, at least as I would define it”, said Deuchars.  Again, people chasing the hops (for all those hop heads out there) It’s a shame. I’m hoping we get some backlash from the malt heads out there, because I’m a bit of a malt head myself.”

I wanted to know if he felt that brewers were making a mistake by pushing the boundaries of the style, or if he felt it was just a healthy part of the evolution of all beer styles? In other words, should we be honoring the style definition, and it’s English origins and so forth, or should we just say to heck with all that and simply cater to contemporary drinker’s tastes, celebrate modern experimentation, and let the style evolve into something new?

He thought about it before responding: “There’s a quote that goes something like this, ‘Rules are a guideline for the wise, style is a guideline for the artist.’  Style can help you define things if you’re entering into a competition, but we shouldn’t be slaves to style. We use style as a base to start from. Otherwise, there would only be one perfect pale ale, everything else would not be to style and nobody would want to drink. And that’s ridiculous. So each beer artist out there has to kind of come up with their own way. What it comes down to is the preference of the brewery and the brewery you’re following. I personally like balance and food friendliness. So when we’re doing a beer, I personally don’t like it to be so out of balance that you can’t have it with a meal; that you can’t enjoy it with some subtlety.”

He went on to explain that despite that fact, “We do make a beer called ‘Boom’, which is a huge hop bomb. We make it because many craft beer drinkers like those big beers. We tried to make it a bit more balanced, but still have a giant hop flavor, aroma, and bitterness.  It’s kind of hard to juggle that, but to my mind, the styles help you when you’re defining what you want, but you can’t go by them; you can’t make them the ultimate source.”

Perhaps it’s fitting that the differences and similarities between the pale ale and session IPA are difficult to reconcile. After all, the IPA was originally just a pale ale who’s hop bitterness and alcohol levels were ramped up to help the beer withstand the long journey from England to India by ship.  But, whether it’s a traditional English bitter, the hoppy APA, or the over-the-top yet easy-drinking session IPA, there is no doubt a pale ale out there to be enjoyed by all. Perhaps that’s precisely why the pale ale is one of the world’s most enduring styles.