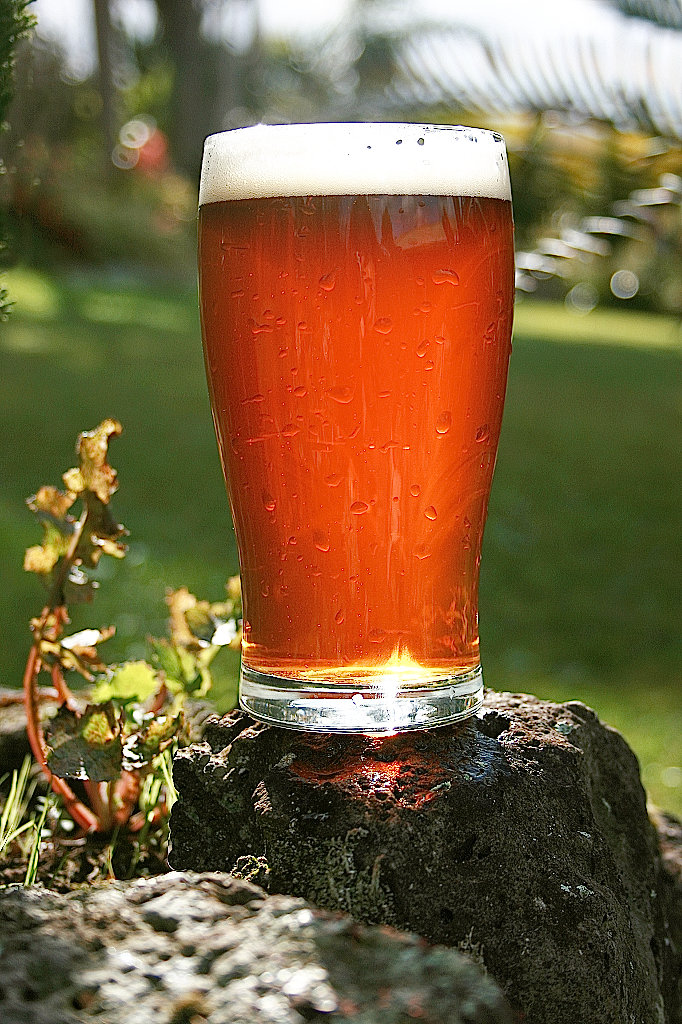 For well over two hundred years the word stout has been synonymous with a dark, full bodied ale, rich in the essence of roasted coffee and chocolate. However this wasn’t always the case. Originally “stout” was simply a generic term used to describe a brewery’s strongest beer. Color, and even flavor, had nothing to do with it. In fact, the term “stout” was being thrown around for half a century before it finally settled as the well-known moniker for the darkest of beers.

In the early 1700’s, the cheapest barley malt available was brown malt. This brown colored malt was used to make ales that are said to have become popular with London’s street and river porters. Consequently, this popular dark beer style became known as “Porter”. The style grew so quickly in popularity that soon many different styles and strengths of Porter were being enjoyed by the multitude of London beer drinkers and beyond. The strongest of these sub-styles became known as the “Stout Porter”.  It wasn’t long before the word Porter was dropped altogether, and well, the rest is history.

But today, as craft brewers desperately look for new and inventive beers to offer the ever fickle craft beer drinker, there has been a growing popularity in what is perhaps one of the most uncommon beer styles in the world, the pale, (or white), stout.

Virtually unheard of just a few years ago, the style is still fairly hard to come by. As of this writing there are only 37 commercial examples indexed on Ratebeer.com (arguably the world’s largest and most accurate beer review site), many of which are not in regular production. However, it would seem that nearly every time a Pale Stout is added to a brewery’s line up, it quickly becomes one of their most popular beers.

There are two very different approaches that brewers tend to take when attempting to craft a pale stout:

The first approach is that of a traditionalist. Thanks to brewing historians like Ronald Pattinson, of the popular blog “Shut Up About Barclay Perkins”, we actually have a number of historical recipes for “Pale Stouts” that can be recreated. However these beers are more or less synonymous with Strong Ales or Barley Wines. And as delicious as they may be, how fun is that?

The second, and much more exciting approach to brewing a pale stout, is to brew a beer that is pale in color, but which uses additions like cold brewed coffee, Cacao nibs, Star Anise, oats, tinctures, and anything else that can lend that stout-like quality to a pale colored beer.

To get a better sense of how a brewer might go about crafting a beer like this, I could think of no one better to ask than Søren Eriksen, owner and head brewer of New Zealand’s “8 Wired Brewery”. As of this writing “8 Wired” currently has the highest ranked beer on Ratebeer.com with their much-loved Imperial Stout, “iStout”.

I first asked Søren what he felt the key was to brewing a good stout.

“That’s a good question”, said Erikson, ”Stouts, obviously, come in many different shapes. That particular beer (iStout) is an Imperial stout. So what you have there is a very big beer. You’re dealing with a lot of sweetness that comes by itself with all that malt. The trick is to also give it a bit of dryness to balance the beer and make it drinkable.”

Søren goes on to explain that using different types of similar malts is an important part of the recipe formulation, and that he feels it gives his beers a complexity that might not otherwise be there. “We use three different dark malts as well as three different crystal malts. Both the caramel sweetness and the roast is layered. That’s probably the best word to describe it.”

I pointed out that over the last few years there has been a rise in popularity of the pale, or “white” stout. I find the whole idea of creating a pale beer that tastes of roasted malt to be both appealing and counterintuitive. I asked Søren, if he were going to attempt to craft a pale stout, how would he go about formulating the recipe?

“I had that idea a few years back as well, and I thought it was really unique and innovative, but than others started doing it so we never got around to it. But the way I got the idea was that four or five years ago I tasted a cucumber beer that was made with distilled cucumber. There was no actual cucumber in the beer. It was made with an extract that was distilled. And it made me think that you could do the same thing with coffee and chocolate and probably even roasted malts and things like that; get the flavor out of it without getting the color or anything else. At the same time I would have used a lot of raw flaked barley instead of roasted barley, which would more or less give it the same kind of mouth feel as a stout. A lot of the mouth feel of a stout comes from roasted barley, which is non-malted, so I figured that if I used raw barley that wasn’t roasted, I might be able to achieve that same kind of mouth feel.”

On an ironically related note, “8 Wired“ has recently introduced a new seasonal stout to the New Zealand market called the “Flat White Coffee Milk Stout”.  I asked Søren how this beer was similar to a flat white and if there was anything special about the process of brewing the beer?

Erikson told me, “It’s a coffee milk stout. Milk stout is a classic old style. It’s basically a sweet stout where we use lactose (milk sugar). Lactose is not fermentable by normal brewers yeast so it will be left behind, and leave a lot of sweetness, body, and creaminess, in the beer. It’s a pretty classic milk stout, but with coffee added to it. Coffee and milk makes for a flat white. Obviously it’s not white though. That probably would have been a good one; to make it as a pale stout, now that we’re talking about that. But the name is a bit of a pun. It’s also so named because flat whites are usually only found in New Zealand and Australia.”

I had the pleasure of enjoying a pint of 8 Wired’s Coffee Milk Stout on a Nitro tap at Auckland’s Vulture Lane recently. It was truly a world class beer. The Nitrogen gave the beer a creamy mouth feel that complimented the sweet coffee flavor in a way that I can’t imagine better emulating a flat white in a beer. The cascading effect caused by the nitrogen gas gave much of the beer a creamy white appearance that only further accentuated the experience.

However, you can imagine my disappointment when I returned a night later for another pint only to find that it was no longer available on Nitrogen. Knowing the packaging challenges that Nitrogen presents, and the rarity of venues with nitro taps, I asked Søren how likely it might be that I’d ever find this beer served this way again?

“It’s been an idea of mine to only keg the beer for nitro taps, for that particular reason. But it’s a bit of a logistics challenge to find enough bars that have a nitro tap and can actually serve it. Ideally, it would also be nice to bottle it with nitro, but that obviously presents a whole new ball game of packaging hurtles. Because of that, it probably won’t happen this year. Maybe next year we’ll get into gear and actually get it done.”

So there really is a stout for every beer drinker. Whether you’re a fan of the bold imperial stout, a traditional English sweet stout, or a perhaps just a good old fashion Guiness. Somewhere, there is a bold, roasty beer just waiting to get you through the rest of this cold, dreary winter. If nothing else, perhaps the avant-garde white stout will soon become every craft beer bartender’s answer to that ever-familiar cry from uninitiated beer drinkers who can be heard complaining the world over, “but I don’t like dark beer!”