Four Historical Beers Brought Back From the Brink of Extinction 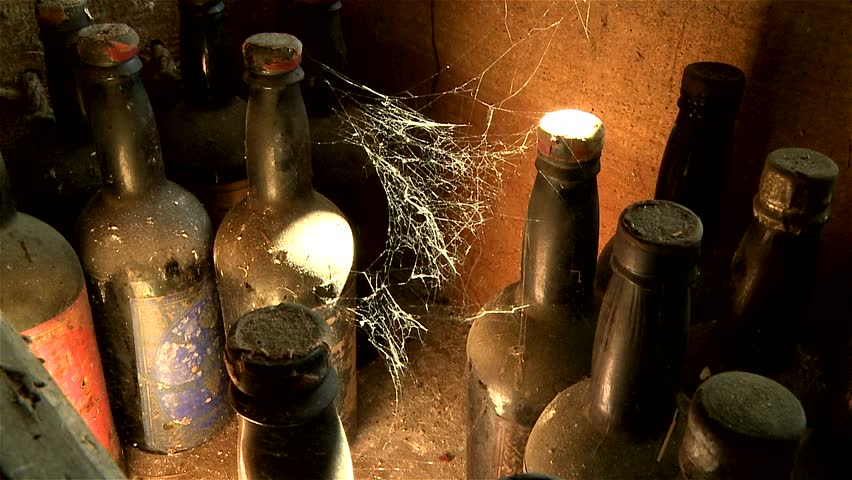 This article was originally published in the June issue of Hospitality Business Magazine.

One of the most enticing aspects of craft beer is the story behind so many of our iconic beer styles. For the most part, each of the styles that we know and love evolved as the result of some environmental, economic, technological, political, or sociological factor. For example, lagers were born of a genetic mutation in the brewer’s yeast living in cold Bavarian lagering caves. The India Pale Ale evolved when Burton brewers began exporting a hoppy beer that became popular with the East India Company traders of the late eighteenth century.  The Imperial Stout rose in popularity when this bold British ale caught the attention of Russia’s Catherine the Great.  Nearly all of our historical beer styles were born out of some similar occurrence.

However, just as a beer can rise in popularity due to such factors, so too can a beer style be driven to extinction as circumstances change.  Events such as war, taxation, technological developments, agriculture, and fashionability have all wiped many once-popular beer styles clear off the map; some which were lost for generations.  Fortunately, due to an explosion in the number of craft breweries in the world, and a competitive clamour to offer new and interesting beers to an always-fickle craft beer market, many of these (all-but-forgotten) beers have been brought back from the brink of extinction.

Let us take a look at some of the rarer examples of historical beer styles that are once again being brewed in New Zealand, as well as around the world: 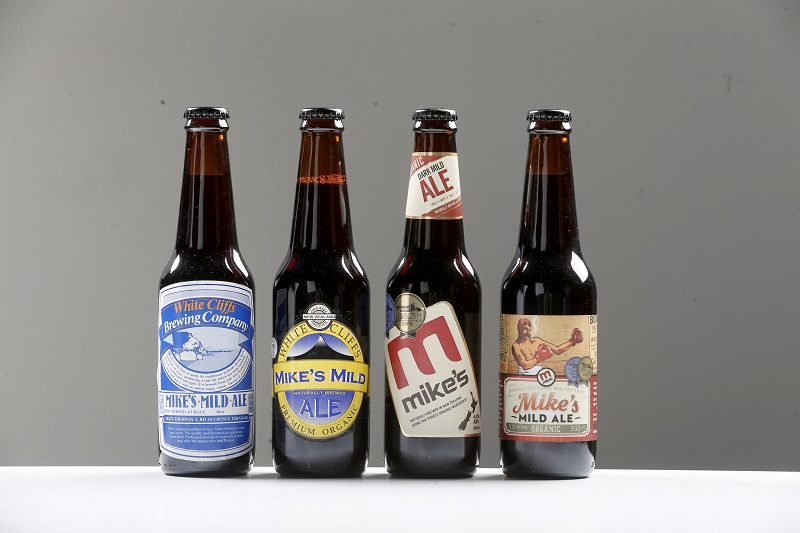 Mike’s Dark Mild over the years.

Dark Mild – a dark British beer that dates back into the seventeenth century – was once the most popular beer in England.  Malty, often with a bit of roast, and typically ranging between just 3% – 4% ABV, the Dark Mild saw a dramatic decline in the second half of the twentieth century and nearly disappeared. Originally the term “Mild” was used to connote that a beer was fresh, (rather than aged, which would typically sour the beer), and as such, most Mild Ales ranged in strength and were often much more alcoholic than modern examples. As tastes evolved to favour fresh beer, Mild Ale surged in popularity throughout England. However, following World War One, the British government began forcing breweries to limit the average original gravity (an indicator of alcoholic potential) of their beer. The result was that most British breweries reduced the strength of their Mild Ales in order to produce some of their other, stronger beers. Thus, the modern (lower alcohol) Dark Mild was born. However, by the nineteen sixties the paler, hoppier, English Bitter would drive the Dark Mild out of fashion and into near obscurity. That is, of course, until the modern craft beer movement re-embraced the style, giving it a new lease on life and winning over a small but faithful segment of craft beer fans across the globe.

Here in New Zealand, it is argued by some beer historians, that our very own New Zealand Draught originally evolved as a Kiwi interpretation of the English Dark Mild. Whatever the case, there are a number of Kiwi Brewers producing the style right here in New Zealand. Perhaps one of the most notable examples would be “Mike’s Mild Ale”.  Mike’s Brewing Company is New Zealand’s oldest operating craft brewery and their Mild Ale is the very first beer they produced; a refreshing oddity in a craft beer industry dominated by pale and/or hoppy beers.

Grodziskie (pronounced grow-Jees-kee), also known as Grätzer (pronounced GRATE-sir), is a pale, smoked wheat beer that was developed centuries ago in the Polish city of Grodzisk. This unique style of beer typically ranges between just 2.5% – 3.3% ABV and is brewed with 100% oak-smoked wheat malt and an uncharacteristically high hopping rate for such a low alcohol beer. The beer was nicknamed “Polish Champagne” for its high carbonation levels as well as the fact that it was often reserved for special occasions. Despite being exported to as many as thirty seven countries at the height of the beer’s popularity, production declined under the Communist Government of Poland and commercially produced Grodziskie became completely extinct when the last brewery to produce the style shut its doors in 1993.  Fortunately, the beer was kept alive by homebrewers and is once again being produced by craft breweries in various parts of the world.

Although still quite rare, we are lucky enough to have at least one commercial producer of the style right here in New Zealand.  Christchurch’s Concept Brewing Company produces a 2% ABV version of a classic Gratzer.  This offers Kiwis the opportunity to try this complex, smoky beer as a flavourful alternative to what are typically insipid low alcohol options.

Gose (pronounced Goes-uh) is a tart, salty, wheat beer, traditionally brewed with the addition of Coriander. This unique beer hails from the German town of Goslar, and dates back to the sixteenth century. Gose is fermented with traditional brewer’s yeast as well as lactic acid producing bacteria. Its salty quality comes from the fact that the beer was originally brewed using the salty water of the Goslar River. This combination of unique ingredients creates an herbal beer with an arguably pleasant salty/sweet balance.  Once brewed across Northern Germany, the beer slipped into commercial extinction following World War Two, was revived a few years later, but ultimately disappeared again in the mid-nineteen sixties. That is of course until the beer was revived – as so many beers have been – by the modern craft beer movement.

Given the enormous renaissance of Sour Beer in the last few years, Gose has perhaps rebounded more than most rare historical beer styles. There are a number of locally brewed Goses available in New Zealand, not limited to those from Panhead, the Sawmill Brewery, Kereru Brewing Company, and Deep Creek.  Or, for a more modern, dry-hopped take on the style, you might try “The Juice” from Wellington’s Boneface Brewing Company. 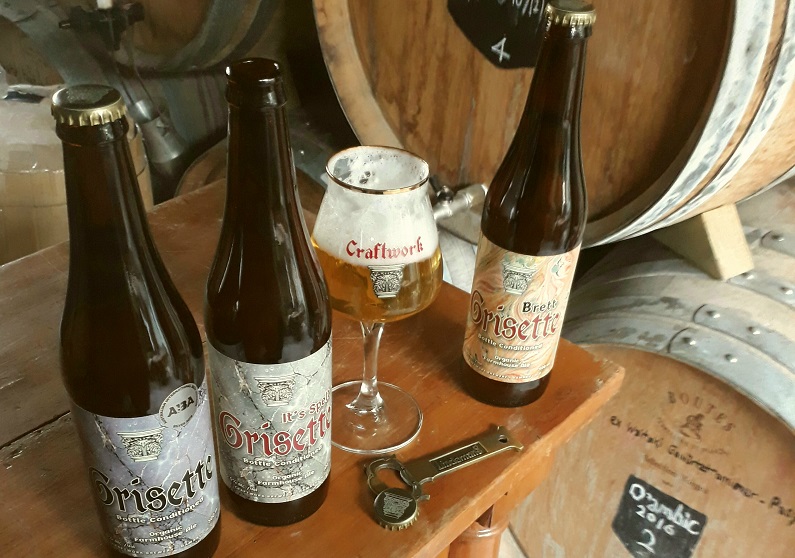 Grisette is a historical beer style from the Wallonia region of Belgium, which arose somewhere around the late seventeenth/early eighteenth century.  Unlike many historical beers that were mass-produced by a large number of commercial breweries, and as such have well-documented histories, Grisette (and to a lesser extent its sister-style, Saison) were largely brewed for labourers and as a result we know much less about their origins.

While Saisons were originally brewed for Belgian Farmworkers, Grisettes were typically brewed for Miners. Because of this, Grisettes are believed to have been served fresh whereas Saisons were brewed in the off-season and served months later during the harvest.  It’s believed that this resulted in Saisons developing a tart, wild character. Grisettes, on the other hand, were likely to have had less of these qualities because the beer would not have had time to develop many of the esters, phenolics, and acid brought about by wild yeast and bacteria, especially given what is believed to have been a high hopping rate.  As the result of changes in industry, as well as an economic downturn in the region in the mid twentieth century, Grisette completely disappeared until, like the other beers mentioned, the style was rediscovered in very recent years.

While there is still a good deal of debate about what exactly a traditional Grisette would have tasted like, several New Zealand Brewers are offering their interpretation of the style.  Brewers, such as Craftwork Brewery, offer two different takes on the style; one which contains spelt, and another that contains the more traditional barley, wheat, and oats. Warkworth’s 8 Wired Brewing Company also collaborated with San Diego’s Modern Times Brewing Company to produce “Halfway to Whangarei”; a delicious, and probably more modern, take on the style.

Thanks to an increasing number of brewers who have taken it upon themselves to revive these (and other) once-impossible-to-find historical beer styles, we are able to enjoy so many of these long forgotten flavours; to sit down with our ancestors and share a proverbial pint, and – at least to some small extent – hear the stories of our past.