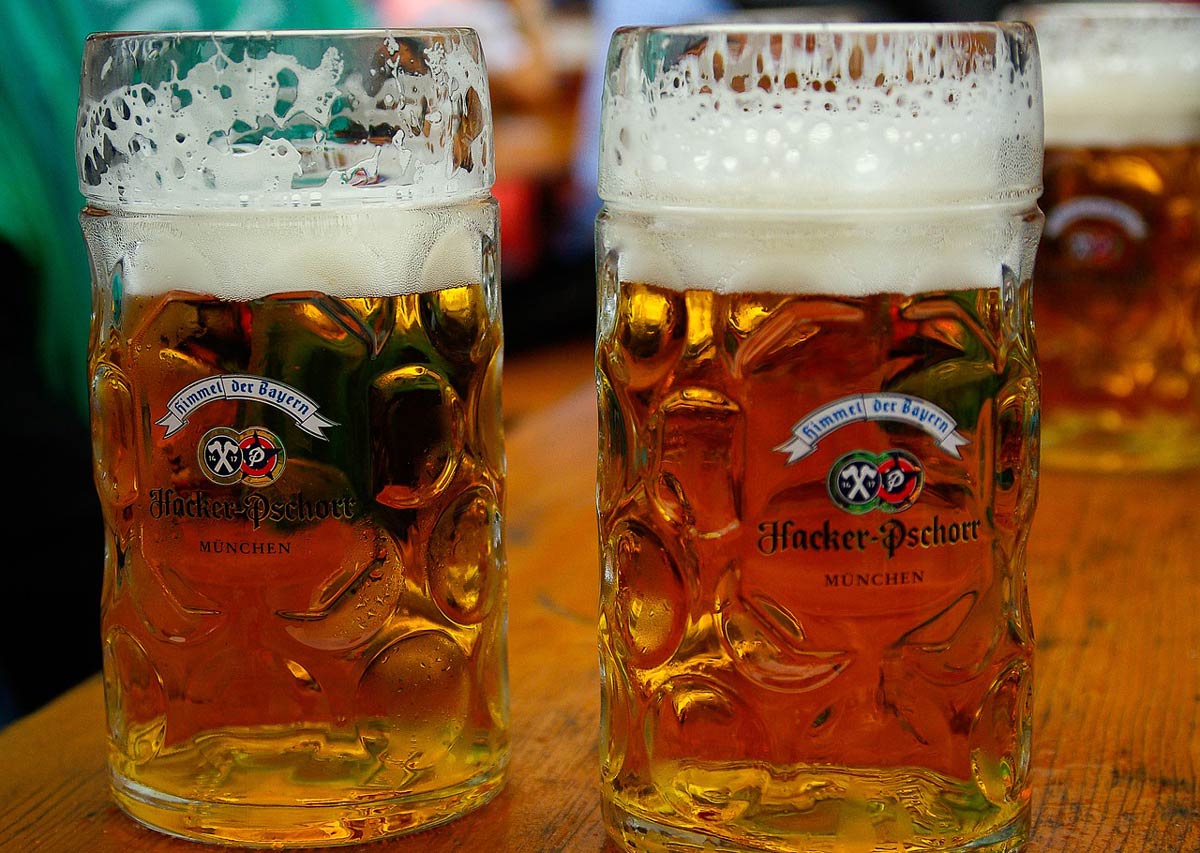 This article was originally published in the October issue of the Shout NZ.

When one thinks of Oktoberfest, images of lederhosen clad German girls serving stein and after stein of foamy Lager comes to mind; the entire scene set, of course, to polka music. But Oktoberfest is more than just a German fall festival, it’s also a wonderful – and perhaps underappreciated – style of beer. While generically referred to as simply “Oktoberfest Beer” (or Oktoberfestbier), the style commonly served at Munich’s Oktoberfest festival has historically been “Märzen”; a strong, malty amber lager. That is until 1990 when it was replaced at by “Festbier”, a paler, lighter, version of Märzen.

Oktoberfest is the world’s largest beer festival and it begins in mid to late September and concludes in early October. The festival dates back to 1810 when the crowned Prince (and future king) of Bavaria (Ludwig I) married Princess Therese of Saxe-Hildburghausen and invited the citizens of Munich to attend. This was fairly unique for an age when royal celebrations were typically exclusive events. As such, the jubilation within the city was so great that the celebration became an annual affair. Each year, thousands of Germans (and spirited polka fans the world over) dawn their traditional Bavarian Lederhosen, consume copious amounts of German Lager, and (despite the festivals association with autumn) inadvertently celebrate the love of this 19th century prince and princess.

The Beers of Oktoberfest

Only beer conforming to the Reinheitsgebot (a 16th century German beer purity law), and brewed within the city of Munich, can be served at the Oktoberfest festival. Beers that meet this criteria are designated “Oktoberfestbier”, which is now a registered trademark. The only breweries legally allowed to brew beers with this designation are Augustiner-Bräu, Hacker-Pschorr-Bräu, Löwenbräu, Paulaner, Spatenbräu, and Staatliches Hofbräu-München.

Prior to refrigeration, and in accordance with German law, beer was not brewed during the warm spring and summer months. Fermentation at warm temperatures was more likely to lead to unwanted flavours and contamination. As such, the beers brewed in March (März is German for “March”), were designed to be brewed just before the legal cut off time, then cellared and consumed well into the autumn months when brewing would again resume.
The original Oktoberfestbiers were essentially March-brewed “Munich Dunkels”; a type of dark lager that is indigenous to the area. However, in 1872 Spatenbräu offered a strong March-brewed amber “Vienna Lager” instead of the usual Dunkel. It soon became the favourite of Oktoberfest and the modern Märzen was born.
This Amber Bavarian lager is rich in toasty and bready malt flavour, with a restrained bitterness. Stronger than a typical lager (typically ranging between 5.8% – 6.3% ABV), the beer still manages to finish dry which leaves one wanting for another sip. It’s a complex, elegant beer that is surprisingly quaffable given its body and strength.
The Märzen, as we know it, would reign as the official beer of Oktoberfest for nearly 120 years, when it was replaced by the lighter “Festbier” in 1990.

“Festbier” (sometimes called Wiesn – The colloquial name for the Oktoberfest fairgrounds, which is an abbreviation of Theresienwiese, or “Theresa’s meadow”. A name given in honour of Prince Ludwig’s bride), makes up the majority of the beer that has been served at Oktoberfest since 1990. The style was originally developed by Paulaner in 1970 because it was felt that Märzen was too filling and not in line with modern tastes. Festbier is lighter than Märzen in both colour and flavour, while still being a generally malty beer.
The modern Festbier is an easy-drinking golden lager, with a lightly toasty/bready/doughy quality. This is a beer that balances strength with drinkability, resulting in a smooth beer that keeps you coming back for another sip. It’s a beer that, in the words of the head beer of Paulaner, is infinitely “more poundable” than the traditional Märzen .

While it is the Festbier (or Wiesn) that makes up the majority of the beer served at the Oktoberfest festival, it is still the bolder Märzen that is typically exported to other countries, or brewed under the name of “Oktoberfest Beer” by modern craft breweries outside of Germany.

Sadly Oktoberfest beer, in any of its incarnations, is not easy to come by in New Zealand. Perhaps this is not surprising given that it is a beer designed to be consumed in the cool months of a German September/October, while we in the Southern Hemisphere are asked to get into the Oktoberfest spirit just as we head into the warm and sunny months of spring and summer. Whatever the reason, it’s a shame that this delicious – and seemingly underappreciated – style of beer (Märzen in particular) is not more common in New Zealand, whatever the time of year.
As rare as the style is in this country, you will see the odd example make an appearance from time to time in Kiwi craft beer bars and bottle shops. While it’s not currently in production, Moa Brewing Company brewed a Märzen back in 2009 for MarchFest (New Zealand’s own beery fall festival) and it became a staple keg-only offering for a number of years. And while it is not common, you will occasionally find a few imported bottles of German, or even American, Märzen on the odd shelf. Fortunately, “GodsOwn Brewery” offers their “Drunk Monk Märzen” on tap in their Hawkes Bay brew pub. According to co-owner and brewer, Godfrey Quemeneur, their Märzen is “in the tanks” as I type this, and with a little luck it should be ready just in time for you, dear reader, to get your Oktoberfest fix in these last few days of the season. Prost!

Next post Trappist Ale – Proof That God Loves Us